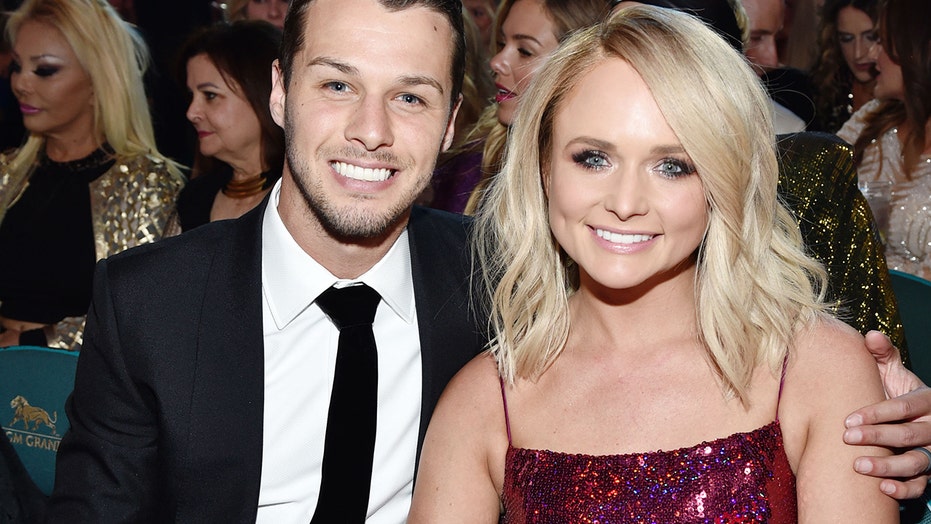 Miranda Lambert is a changed woman since tying the knot to Brendan McLoughlin a little over one year ago, a source close to the country singer tells Fox News.

The "Bluebird" singer, 36, has had her fair share of heartbreak, most notably her highly-publicized divorce from Blake Shelton. But now, those around Lambert are noticing she seems a bit lighter and the walls she once had up following her first marriage are beginning to break down.

"Miranda seems like she's in a really happy place right now," a source tells Fox News. "She is lighter and just not as standoffish as she used to be."

MIRANDA LAMBERT SAYS CAREER 'HAS BEEN A CRAZY RIDE,' HINTS AT NEW RECORD HAVING 'HIDDEN MESSAGES'

The source remembers Lambert as "closed off and quiet" following her split from Shelton in 2015 and at the start of her relationship with singer Anderson East.

"When she was with Anderson, she was quieter and reserved," the insider continued. "She just was not as giddy and giggly and smiley and happy as she is now."

Last month, Lambert shared a throwback photo from her and McLoughlin's wedding day in honor of their one-year anniversary.

"1 year ❤️. I’m so happy to walk through this life with you. Thank you Brendan for making me the proudest wife and stepmom. You are the reason for all my new smile lines.I love you. #MrsMcLoughlin," she captioned a photo of the pair holding hands.

The insider told Fox it's clear "Brendan has an effect" on her current state of mind.

"She's genuinely just really happy. After [Blake], she was just going through the motions. She's more relaxed now and more willing to engage and talk," the source continued.

Back in November, Lambert got candid about falling in love and dished on whether or not it was love at first sight with McLoughlin.

“I guess so. If that’s a thing. I have eight dogs. Had love at first sight with them, too. Must be way easier than I thought,” she told Health magazine.

On choosing to settle down with McLoughlin, she stated, “I feel like I’ve been through enough in my life to know what I don’t want. So when I know what I do want, I snatch it right up.”

Shelton and Lambert married in 2011 before splitting in 2015. Shelton has since moved on with Gwen Stefani.