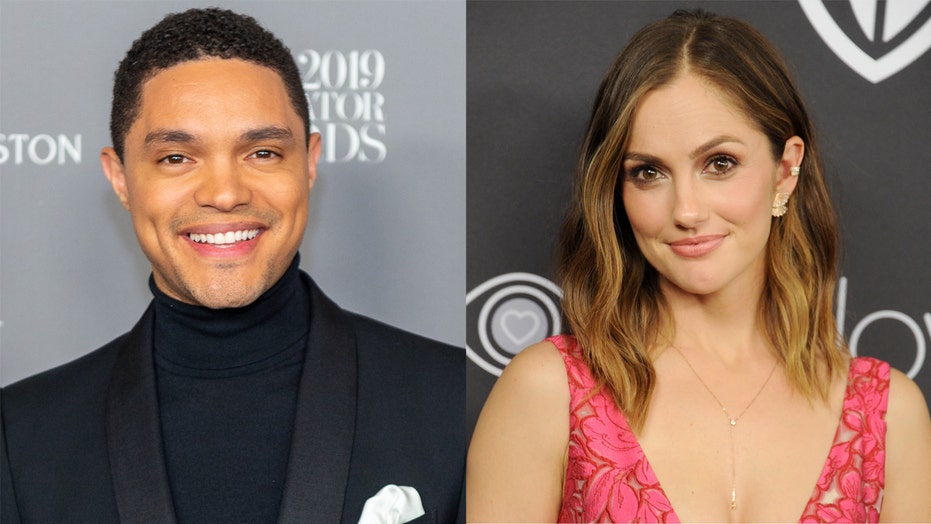 Minka Kelly and Trevor Noah have taken their relationship to a new level.

The two subtly became Instagram official on Wednesday when Noah, 37, shared a photo on the social media platform featuring the "Titans" actress, 41.

The comedian posted a picture taken at a friend's birthday celebration, which showed Noah sitting next to Kelly at a long table. It seems to be the first time that either star has shared a photo featuring the other on social media.

"Happy Birthday @xolisadyeshana," Noah wrote in the caption of the happy pic. "May your laugh always be loud, maybe your stories always be long, and may your friends always be good looking."

Only the birthday boy was tagged in the pic, meaning Noah didn't leave a direct link to Kelly's account, though she was clearly visible in the seat right next to him.

Multiple outlets have reported that Noah and Kelly are currently visiting his hometown in South Africa.

The two's relationship timeline is unclear, though it was first reported that they were in a "serious" relationship in September 2020.

The pair have reportedly had an on-again-off-again relationship since last year. (Getty Images)

"They're very happy," a source told People magazine at the time, adding: "It's a very serious relationship."

Another source told E! News that the couple have been dating for "several months."

TREVOR NOAH ON MARRIAGE: 'I'M A BIG ADVOCATE FOR NOT LIVING TOGETHER'

The insider also reported that the comedian and actress have been living in his New York City apartment during quarantine.

In the photo, the couple was celebrating Noah's friend's birthday in his native South Africa. (Photo by Jordan Strauss/Invision/AP, File)

The couple is "getting serious," the source told the outlet.

In May 2021, it was reported that they'd split, though they rekindled their relationship at some point.

"They break up and get back together all of the time," an insider told People, adding: "They do seem to really love each other and each time they get back together, they try their best to make it stick."