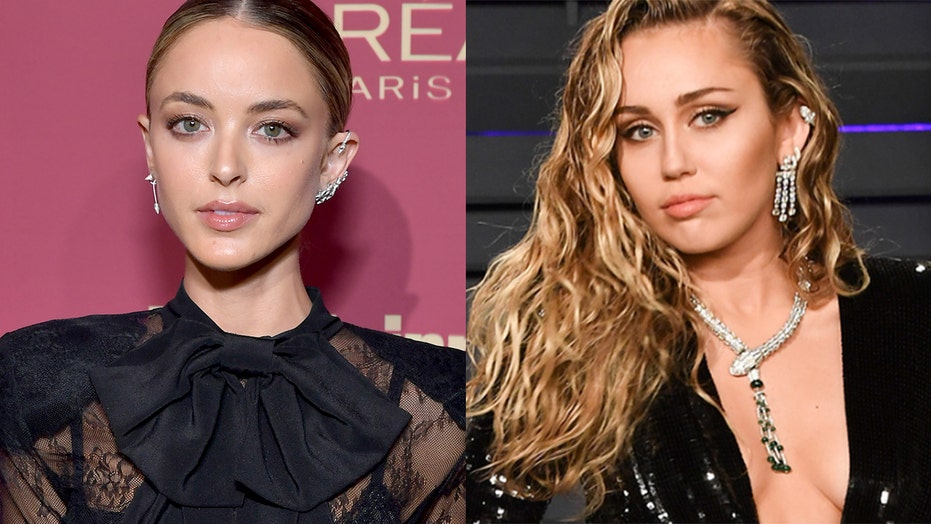 Miley Cyrus shared a cryptic post about goodbyes days after news of her split from Kaitlynn Carter.

The singer, who dated Carter right after ending her marriage to Liam Hemsworth, has been busy sharing sexy snaps of herself on vacation in Utah.

Cyrus captioned the latest pic of herself in a black bikini and cropped white tank top: "Goodbyes are never easy… 🖤 but g2g."

The "Slide Away" singer has seemingly been distracting herself from her recent breakups with a girls trip to Powell Lake, Utah. She shared snaps of the trip, which she took with mother, Tish, and sister, Brandi.

"Necessary Mom n Sister trip," she captioned one of the posts.

Cyrus also brought along one of her dogs, Beanie, on the trip.

A source told People on Sunday that Cyrus, 26, didn't "want a serious relationship" and that's why she and Carter called it quits after just a month of dating.

A source previously told People that though they're no longer romantically involved, Cyrus and Carter are still close.

Carter, 31, and Cyrus hooked up in Italy just hours before the "Wrecking Ball" singer announced her separation from husband Hemsworth — and just weeks after Carter and Brody Jenner ended their own relationship, which was rumored to have been an open marriage.