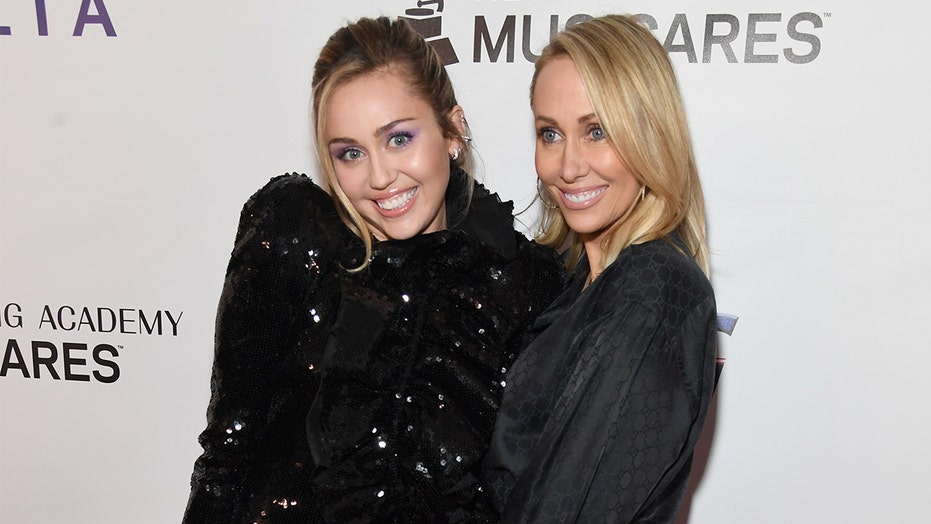 Miley Cyrus just got called out by her mom, Tish.

The 26-year-old pop star shared a photo of herself looking at her phone on her Instagram story Thursday. She explained that her mother called her action "disgusting" because "there was a gorgeous sunset" outside, and instead, Cyrus, "was inside on [her] phone 'serving content.'"

"It's hard to get in trouble once you're an adult but she said I looked like a 'bratty millennial' which I do...," the "Slide Away" singer confessed.

"But is it bad if I like the pic and wanna post?" Cyrus added. "Is that worst [sic]? @tishcyrus."

Earlier this week, it was revealed that Cyrus and girlfriend Kaitlyn Carter had split after a month of dating.

“She and Kaitlynn spent every day together and it just [wasn't] anything that Miley wanted to continue doing," the insider added. "She wants to focus on her career.”

Cyrus' husband, Australian actor Liam Hemsworth filed for divorce last month, citing “irreconcilable differences," according to People. The filing came 11 days after the A-list couple announced that they were calling it quits.