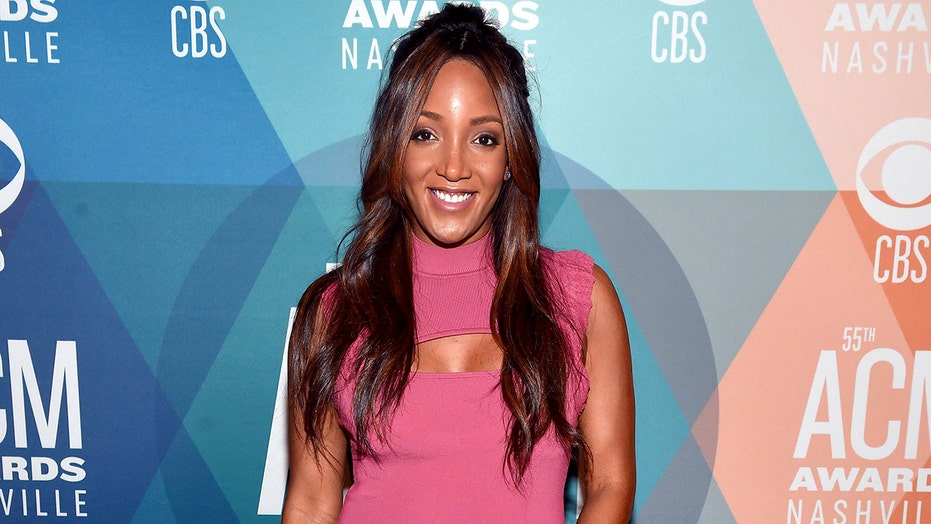 Mickey Guyton is over the moon about getting an opportunity to represent Black women at the 2020 ACM Awards.

The “Black Like Me” songstress, 37, chatted it up with PeopleTV on Wednesday ahead of the big show and told the outlet she was excited to showcase her true self at the Grand Ole Opry in Nashville, where she was to perform “What Are You Gonna Tell Her.”

"Let me tell you, it has been a long time coming for me," said Guyton, who announced last month she is pregnant and expecting her first child with husband Grant Savoy.

"It's been a struggle for me for a long time. To get this opportunity to represent for Black women at the ACM Awards and to sing a song about the oppression of women and trying to change that — it really does mean a lot to me to be able to do that at the ACMs."

The “Bridges” artist recently lamented her journey as a performer in country music and voiced her agitation that she was “trying to write everybody else’s song and everybody else’s story when I had a unique story of my own.”

Now, after years of internal doubt and feeling unable to be herself in the otherwise white-male-dominated genre, Guyton has found a new identity amid the recent conversation surrounding racial injustice and uplifting Black voices throughout various landscapes.

"I wanted to prove that I was country and prove that I could be in this space of people that I don't look like,” he said. “And that they would feel comfortable and they wouldn't see that I was Black, but just saw that I was a great country singer. And doing that, I lost who I was, to be honest. And it took a long time for me to find myself."

Guyton said a strenuous marriage counseling session with Savoy helped her understand who she was in the industry and that she had much more to give to the world of country music.

"I started looking at myself as an artist, and what exactly did I have to offer," she recalled. "And I started thinking, what can I write and sing about that's true to me? So I started just singing everything about my marriage."

Her husband was also honest with Guyton about the notion that he didn’t feel her music was connecting because she was running away from everything that makes you different."

"After he told me that," Guyton said, "I was, like, oh my God. OK, well, I need to just write about being a Black woman. That's my story."