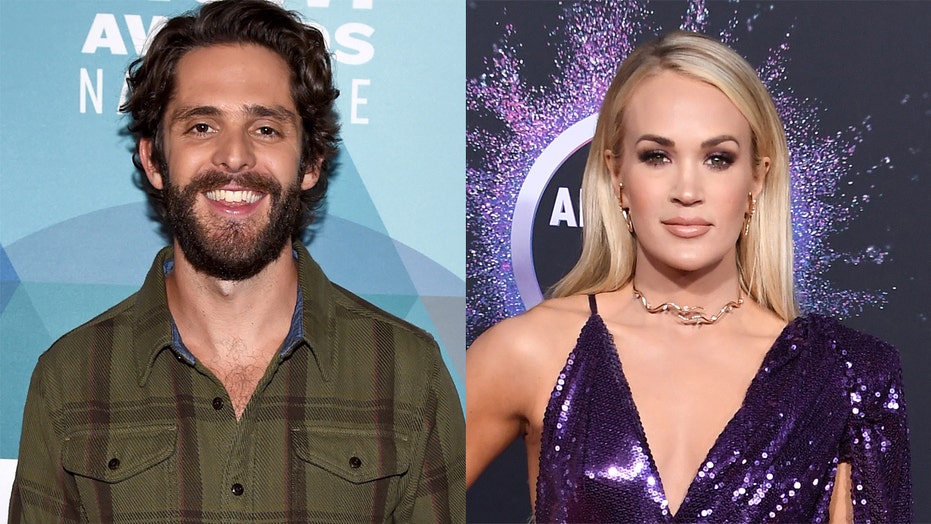 It's one of country music's biggest nights and while the Academy of Country Music Awards may look different from past years, it's just as star-studded as ever.

The show was broadcast from three different locations in Nashville, the Grand Ole Opry House, Ryman Auditorium, and Bluebird Cafe, and Keith Urban has taken on the evening's hosting duties.

CARRIE UNDERWOOD, THOMAS RHETT NAMED CO-WINNERS FOR ENTERTAINER OF THE YEAR AT 2020 ACMS: ‘WE HAVE A TIE’

Thomas Rhett scored an early win for his 'Remember You Young' music video. He also tied for the night's biggest award, entertainer of the year, with Carrie Underwood. (Photo by John Shearer/ACMA2020/Getty Images for ACM)

With a number of major awards being given out tonight, here's a look at this year's winners:

Entertainer of the year: Thomas Rhett and Carrie Underwood (tied)

Duo of the year: Dan + Shay

Group of the year: Old Dominion

Album of the year: "What You See Is What You Get" – Luke Combs

Carrie Underwood tied with Thomas Rhett for entertainer of the year, the show's biggest award. She performed twice during the evening. (Photo by Jason Kempin/ACMA2020/Getty Images for ACM)

Song of the year: "One Man Band" – Old Dominion

Video of the year: “Remember You Young” – Thomas Rhett

Songwriter of the year: Hillary Lindsey