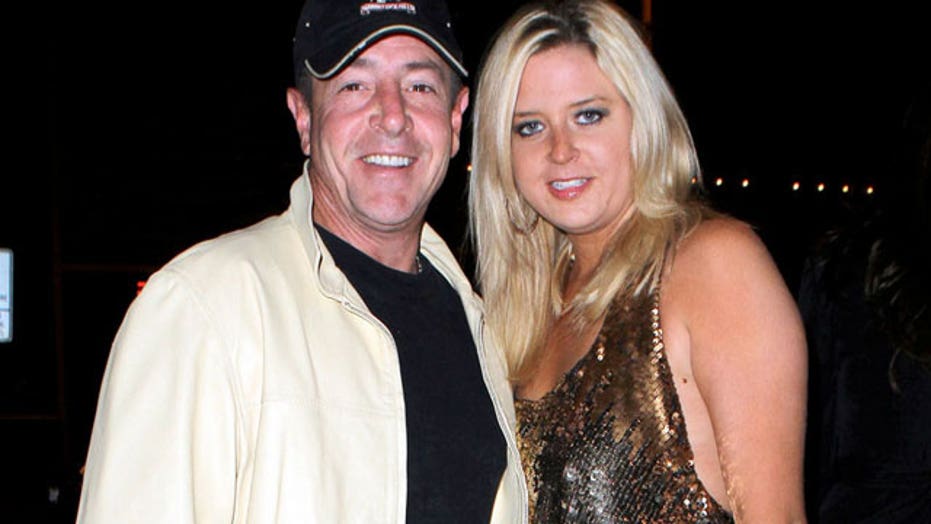 Michael Lohan's wife, Kate Major, was booked for drinking while intoxicated just one day prior to his arrest for allegedly abusing her, according to a new report.

According to Daily Mail, Major, 37, was driving in the Hamptons on Sunday when police pulled her over after receiving complaints about her driving recklessly. The outlet claimed police conducted a blood alcohol test, which Major failed by blowing a 0.24 BAC.

Major's arrest reportedly occurred nearly 24 hours before Lindsay Lohan's father was taken into custody at 4:40 p.m. on Monday. He was arrested for a misdemeanor offense of criminal obstruction of breathing and second-hand harassment.

According to a complaint obtained by the Daily Mail, Major had alleged to cops that Lohan grabbed her by the throat after hurling plastic hangers in her direction. The alleged attack left her with visible bruises, she claimed.

However, speaking to the Daily Mail following his arrest, Lindsay's father claimed Major's harassment allegations were her way of retaliating against him for tipping the police off to her drinking and driving one day prior. He said he spotted her with a "bottle of vodka" while driving and called police.

Michael Lohan and Kate Major. The former couple has been a fixture in the headlines for domestic issues and brushes with the law. (X17 Online)

"So I got on the phone and called the police. The police tracked her down and arrested her on Sunday," Lohan said.

Lohan alleged to the outlet that Major was released from custody and agreed to go to rehab. He had planned to meet with lawyers the following day but then ended up being placed in handcuffs instead.

Reps for Lohan and Major did not immediately respond to Fox News' request for comment.

Major and Lohan officially moved to dissolve their marriage in 2018, citing that their relationship was “irretrievably broken.” Major requested primary custody of the couple’s two young children, Landon, 7, and Logan, 5, as well as spousal and child support.

In April 2015, Major, a former journalist, was arrested in Boca Raton, Fla., for allegedly “drunkenly attacking” Lohan after an argument where he accused her of cheating on him. In that instance, Major also claimed Lohan grabbed her by the throat, however, no evidence was found to the support the claim.

The same year in October, the pair’s sons were was removed from their custody by social services following a video that showed Lohan and Major in an “extreme argument” while their children looked on.