Megyn Kelly’s fate at NBC was sealed when she pondered why “blackface” is frowned upon during a live panel discussion last year. (Photo by Charles Sykes/Invision/AP)

Megyn Kelly is officially done with NBC after months of negotiating, the network announced Friday night.

“The parties have resolved their differences, and Megyn Kelly is no longer an employee of NBC,” an NBC News statement said.

Kelly was roughly halfway through a three-year deal for a whopping total of $69 million. It’s been widely reported that she will collect the remaining cash, although it wasn’t officially announced.

Terms of a non-disparagement agreement were critical for both sides, as Kelly has hinted that she knows about some of the skeletons in NBC’s closet.

On Thursday night, Kelly told a TMZ cameraman that she would “definitely” return to television in 2019.

Kelly’s tenure at NBC News was rocky from the start, beginning with a short-lived Sunday night newsmagazine program that was rolled out with a widely panned interview with Russian President Vladimir Putin. NBC News was then criticized for the way the network promoted her next interview -- with controversial “InfoWars” host Alex Jones, who infamously called the 2012 Sandy Hook Elementary School shooting a hoax.

Things didn’t exactly improve once Kelly’s hour of NBC’s flagship “Today” show kicked off in the fall of 2017. “Today” loyalists were furious that fan favorite Tamron Hall was shown the door to make room for Kelly. Then “Megyn Kelly Today” made early headlines when the highly compensated host asked Hollywood icon Jane Fonda about her plastic surgery – which resulted in a public feud.

Kelly's first season averaged nearly 2.4 million viewers, 375,000 fewer than the "Today" show 9 a.m. hour had drawn before she arrived. Her fate at NBC was essentially sealed when she pondered why “blackface” is frowned upon during a live panel discussion about Halloween costumes.

NBC announced on Oct. 26 that Kelly’s troubled hour of the NBC News flagship “Today” would not return after the controversial “blackface” remarks. Since the announcement, her status had been in limbo as lawyers worked out the details of the breakup.

Hard-charging Hollywood attorney Bryan Freedman, who publicly feuded with NBC during the process, represented Kelly. He accused the network of allowing “completely false and irresponsible” rumors to circulate, while NBC mocked Freedman for negotiating through the media.

Because of the lofty salary, many industry insiders feel that the “blackface” scandal provided NBC with an opportune excuse to dump Kelly. 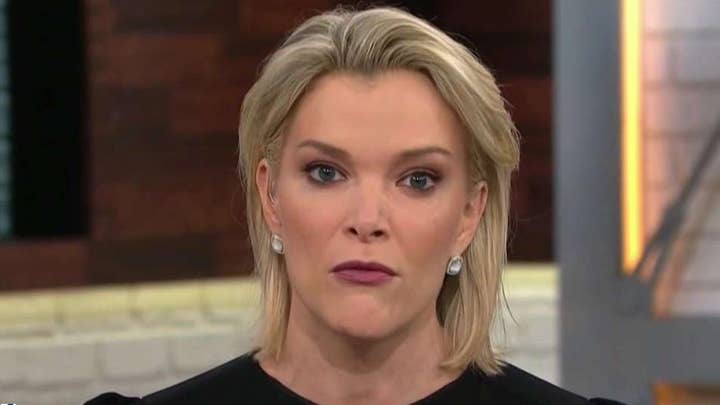 The former Fox News star rose to fame as a fiery prime-time host, and media watchdogs felt from the outset that she was an awkward fit on a bubbly morning show.

In addition, Kelly is a champion of the #MeToo movement and irked network honchos by taking on-air shots at NBC for not hiring an independent law firm to conduct an investigation into the culture of the company as NBC News was caught up in a variety of sexual misconduct scandals during her short tenure.

The Daily Beast published a bombshell report in September that detailed NBC News Chairman Andy Lack’s history of using nondisclosure and separation agreements to his advantage. The story also noted that Lack was “annoyed” Kelly insisted “on turning the show into a regular forum for the alleged victims of powerful men.”

Lack’s news division has been under fire for refusing to air journalist Ronan Farrow’s reporting on now-disgraced Hollywood producer Harvey Weinstein's sexual misconduct. Farrow’s reporting helped launch the #MeToo movement and won the coveted Pulitzer Prize after its publication in the New Yorker.

In addition to the Weinstein debacle, NBC declared that management was oblivious to Matt Lauer’s widespread sexual misconduct – which was found via in-house investigators.

Lack -- who personally brought Kelly to NBC -- was close friends with Lauer, who was terminated at the height of the #MeToo movement for sexual misconduct. Kelly raised eyebrows last year when asked if Lauer could ever make a comeback.

“I know too much that others don’t know,” Kelly said in an interview with Us Weekly.

If Kelly truly knows “too much that others don’t” regarding Lauer’s sexual misconduct, it could explain why her exit negotiations took so long.