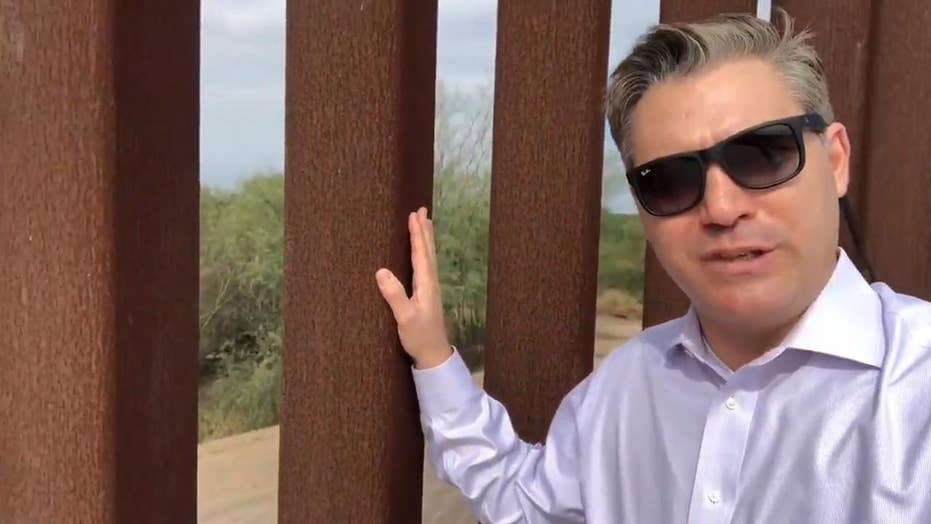 CNN’s Jim Acosta was mocked across social media on Thursday for posting a video that was meant to downplay President Trump's claims of a border crisis -- but ended up supporting his argument that border barriers improve security.

“Here are some of the steel slats that the president’s been talking about,” Acosta said while reporting from the southern border. “But as we’re walking along here, we’re not seeing any kind of imminent danger.”

The CNN reporter added, “There are no migrants trying to rush toward this fence.”

Acosta then declared there was “no sign of the national emergency that the president has been talking about” and it was “tranquil” near him. He captioned the video, “I found some steel slats down on the border. But I don’t see anything resembling a national emergency situation.. at least not in the McAllen TX area of the border where Trump will be today.”

Early Thursday evening, White House Press Secretary Sarah Sanders retweeted Acosta’s tweet with a proud clapback: “When I went with President @realDonaldTrump to the border today I never imagined @Acosta would be there doing our job for us and so clearly explaining why WALLS WORK. Thanks Jim!”

CNN’s chief White House correspondent – who seemingly uploaded the video from a local Burger King – is in Texas awaiting Trump’s border visit. While Acosta often clashes with the president and his aides, pundits suggested he did the president a favor this time.

Media watchdogs were quick to point out that the CNN reporter’s video helps prove Trump’s point that a wall or barrier along the Southern border could help prevent illegal border crossings.

KELLYANNE CONWAY RIPS CNN’S JIM ACOSTA DURING HEATED EXCHANGE: 'YOU'RE SUCH A SMARTA--'

“Jim Acosta just posted one of the biggest self owns ever,” social media strategist Caleb Hull responded. ‘He's walking along the border where there's a wall in place talking about how there's nothing that ‘resembles a national emergency situation’ and ‘there's no migrants trying to rush.’ That's because there's a wall, Jim.”

Others swiping at Acosta included one of his former CNN colleagues Peter Hamby.

Earlier this week,  White House adviser Kellyanne Conway scolded Acosta during a press gaggle, referring to him as a "smarta--" unliked by other reporters.

Acosta – who has emerged as a household name for grandstanding when Trump and members of his administration are made available to the press – has been praised by liberal comedians such as Jimmy Kimmel and even appeared in the most recent season of the Netflix political drama “House of Cards.”