Samantha Markle, the estranged half-sister of Meghan Markle, recently claimed that the Duchess of Sussex was "jealous" of sister-in-law Kate Middleton.

Samantha further claimed that her half-sister purposefully ruined the Duchess of Cambridge's birthday in January with the announcement that she made with Prince Harry, saying they were stepping back as senior members of the British royal family.

The shocking announcement came out on Jan. 8, while Kate's birthday is Jan. 9. "Sad she would do that on Kate's birthday - I believe she was jealous of beautiful Kate," Samantha told the Daily Star Online on Monday.

"She could never compare -- Kate is iconic!" Samantha added. "Perfect Queen material and lovely as a family member, especially as a mother."

Samantha also slammed Meghan, 38, and Harry, 35, for allegedly trying to strike a business deal with Disney CEO Bob Iger at the UK premiere of "The Lion King" in July.

"The Disney move would have been fine if initiated after leaving royal roles but seems inappropriate prematurely," Samantha said. "And, disrespectful of royal protocol. It's like cheating on a spouse and giving a phone number for a dinner date before being divorced."

The 55-year-old also claimed that the former "Suits" actress used the royal family as a "launchpad" to help her career.

"She kept her agent and manager and might have landed a Disney deal. It seems that the British royal family was a launchpad for high places that 'Suits' couldn't get her," Samantha said.

Meghan and Harry have since been spending the majority of their time in Canada with their 9-month-old son, Archie. 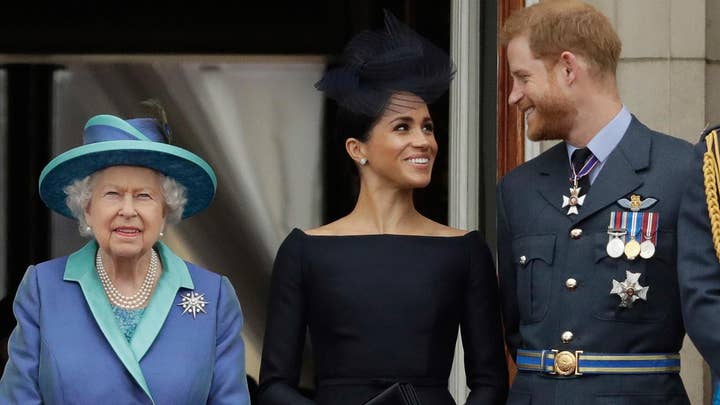 Buckingham Palace also announced at the time that the Sussexes will not be using their HRH royal titles (His/Her Royal Highness) anymore, and will not be receiving public funding in an effort to become financially independent.

They also have intended to pay back some of the money they've recently spent -- "The Duke and Duchess of Sussex have shared their wish to repay Sovereign Grant expenditure for the refurbishment of Frogmore Cottage, which will remain their UK family home," a statement from Buckingham Palace read.

Harry and Meghan recently were spotted at a private JPMorgan event in Miami and visiting Stanford University in California.