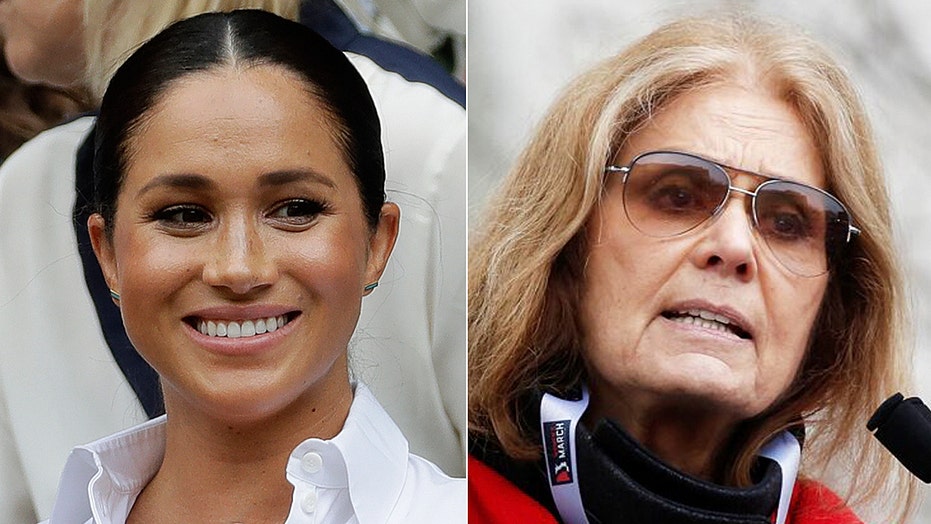 The 39-year-old Duchess of Sussex recently sat down with renowned feminist Gloria Steinem to cold-call potential voters and urge them to act on their right to help elect public officials.

Steinem, 86, opened up about the experience with Markle in a recent interview with Access Hollywood.

"[Markle] is such an inspiration to me because she has a kind of stereotype hanging over her head, which is 'princess,'" explained the author. "... The whole idea of 'princess' is a problem, we had a whole revolution to get rid of royalty. Meg is herself, smart, authentic, funny, political."

She added: "She came home to vote and the first thing we did and why she came to see me was we sat at the dining room table ... and cold-called voters."

Markle was born in America and relocated to the U.K. when she married Prince Harry.

The two stepped back as senior royals earlier this year and have since moved to Santa Barbara, Calif., where they live with their 1-year-old son, Archie.

The royal duo also recently signed a production deal with Netflix to create both scripted and unscripted content, which will include children's programming.

Last month, Markle and Steinem discussed the importance of voting in a brief video shared on Instagram.

"People forget how hard women like you, and so many others before you, fought for us to just be where we are right now," Markle stated.

discuss representation, why each vote matters and how all women “are linked, not ranked." MAKERS has an exclusive look at that historic backyard chat! 🙌 Q&A to come tomorrow.

In response, Steinem said, “If you don't vote, you don't exist. It is the only place we're all equal, the voting booth."

“What worries me the most are young people, who I understand are the least likely to vote and I can understand the feeling that they don't think they have an impact," the social activist said.

Markle then questioned whether Steinem still feels “hopeful” that young women will vote, to which she responded, “I do feel hopeful.”