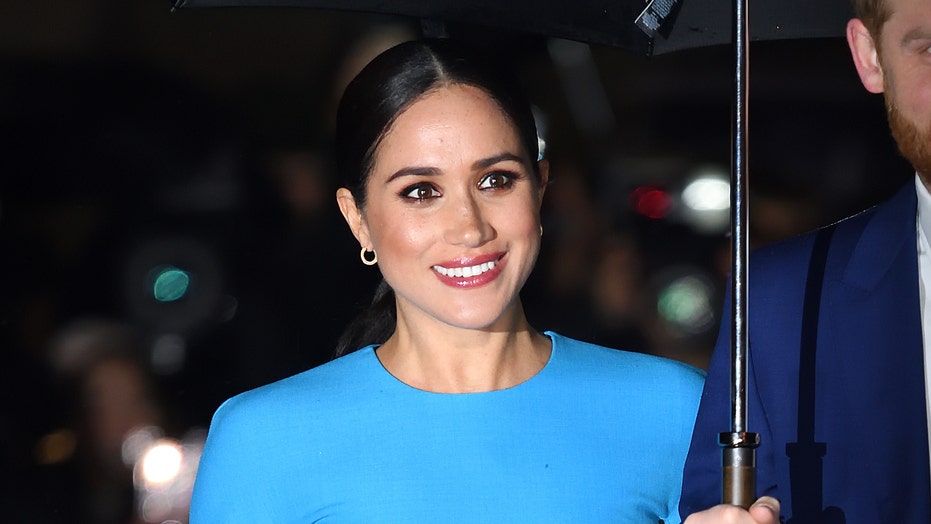 Meghan Markle shared an update about her and Prince Harry's 10-month-old son, Archie, while making an appearance in London.

The couple, who are finishing their last few events before stepping back from their roles as senior members of the royal family, spoke about him during the Endeavour Fund Awards Thursday night.

Attendee Claire Spence told Hello magazine that the Duchess of Sussex told her that, "'He is 10 months now and is into everything.’"

MEGHAN MARKLE, PRINCE HARRY RETURN TO THE UK FOR THE FIRST TIME TOGETHER SINCE MEGXIT ANNOUNCEMENT

During his speech at the special event, the Duke of Sussex reportedly said to the audience, "Meghan and I are so happy to be back here with you. ... A lot of you tonight have told me you have my back, well I'm also here to tell you, I've always got yours."

The pair will attend a few more events up until March 31, which is the official date they will no longer need to fulfill their royal duties.

Their next event will be Commonwealth Day in London on Monday where they will join Queen Elizabeth, Prince Charles and Prince William and Kate Middleton at services in London.

Meghan, Harry and Archie plan on splitting their time between Canada and England in the future.

In February, a spokesperson for the Duke and Duchess of Sussex told People: “The Duke and Duchess will be spending their time in both the United Kingdom and North America. In addition to continuing to work closely with their existing patronages as they build a plan for engagements in the U.K. and the Commonwealth throughout the year, The Duke and Duchess have also been undertaking meetings as part of their ongoing work to establish a new non-profit organization. The details of this new organization will be shared later in the year."

The last time Archie was spotted was when Meghan was carrying him while on a walk in Vancouver with her two dogs.