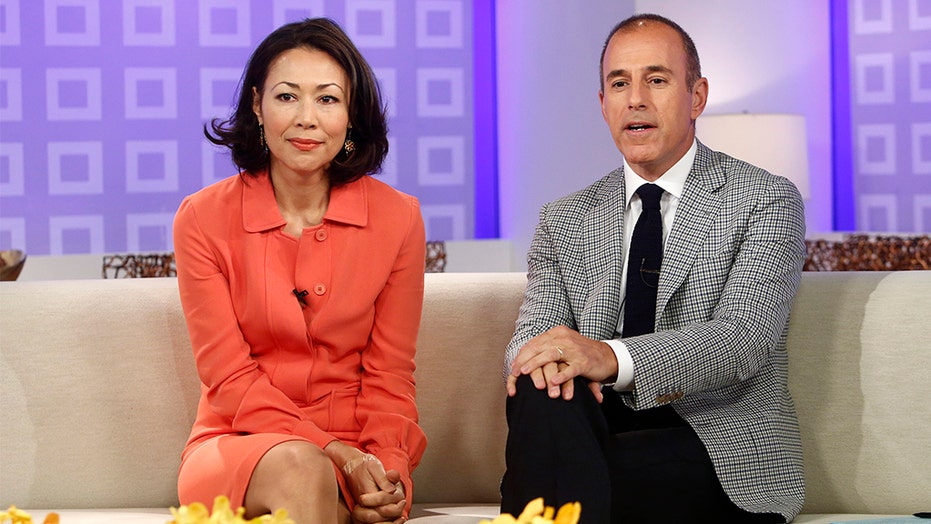 Departed “Today” anchor Ann Curry could “destroy” her former co-host Matt Lauer if she spills all on the disgraced star, according to a report.

Curry — who worked alongside Lauer from 1997 to 2012 — has not revealed the extent of allegations leveled against her NBC colleague, a source tells US Weekly.

“Ann has maintained a dignified silence, but a lot of people confided in her years ago and still do to this day,” the source told the outlet. “She knows more than most about the man Matt really is, and when she finally speaks out, it will destroy him.”

MATT LAUER HAD AN AFFAIR WITH A 'WELL-RESPECTED' NBC STAR: REPORT

In a new book by Ronan Farrow, Curry insisted that the complaints about Lauer’s treatment of women were well-known during her tenure at the network.

She claimed that she went to higher-ups after one colleague revealed to her that Lauer exposed himself to her.

Though she didn’t reveal the accuser’s name, Curry told the execs that they “had a problem” with the morning show host, the book alleges.

But network’s bigwigs have fired back at  Curry, insisting she didn’t disclose the “specific” complaint.

“By her own account, Curry relayed no specific complaint, nor did she say Lauer’s ‘problem’ regarded any specific workplace misconduct,” NBC News President Noah Oppenheim wrote in a memo to staffers.

A rep for Lauer didn’t immediately respond to request for comment.