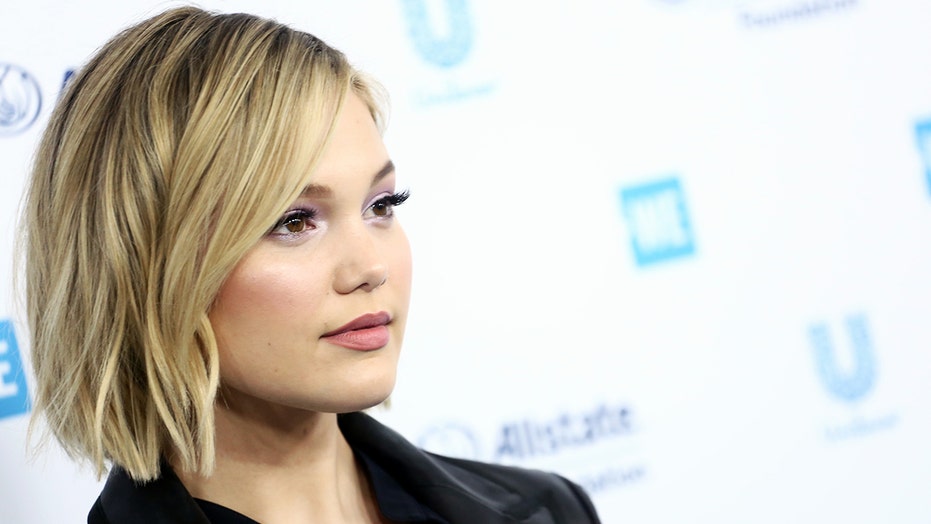 INGLEWOOD, CALIF. – Olivia Holt is championing a generation of youth to make a difference.

The "Cloak and Dagger" actress spoke to Fox News at WE Day California and opened up about what she loves the most about her generation, as well as the pitfalls so many people suffer from at the hands of the ever-growing epidemic surrounding prescription drugs.

While the former Disney star said she’s excited at the drive she sees in so many young people, she said she also hopes everyone can come together in combating the opioid crisis in America.

“Well, obviously it's very real. It's very alive, it's horrifying and it's scary to know that we're living in a world where people can just take advantage of prescription drugs,” Holt -- who partnered with Walgreens for the event -- told Fox News at The Forum in Inglewood, Calif.

Olivia Holt speaks onstage at WE Day California at The Forum on April 25, 2019 in Inglewood, California. (Photo by Tommaso Boddi/Getty Images for WE Day)

The 21-year-old actress said she was “honored” to be a spokeswoman at the huge youth and pop culture summit and wants to hopes to see the change necessary to put an end to the widespread issue at hand.

'AVENGERS' DIRECTORS HINT THAT MARVEL WILL UNVEIL A GAY CHARACTER

“I'm really grateful to have the opportunity to talk to the youth, to talk to my generation and the generation behind me about how we can be the generation that puts an end to it,” Holt preached. “And what's amazing is today; yes, we're educating them and yes, we're talking about it – but I think what’s most important is we have to do something about it and that's what's going to be the real game-changer.”

The “Girl vs. Monster” star went on to say that she feels young people should regularly take time away from technology to “re-center” themselves. 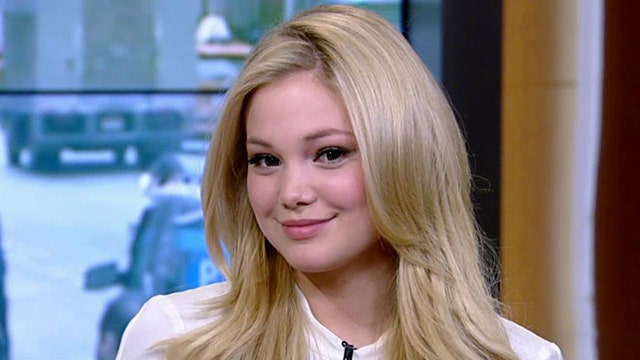 “One thing that I love about my generation is that we are go-getters. We are so driven and we don't stop at no, which is all fine and dandy and amazing and I am so inspired by that every day,” Holt praised. “But I think we sometimes forget that like we need a little bit of time for ourselves. Yeah like slow down, turn off your phone, just re-center yourself, reset and be there in the moment.”

As a member of the Marvel Universe family already, Holt admitted that she couldn’t have ever imagined being under the umbrella, but noted that it checks a special box for her specifically because of her castmates.

OLIVIA HOLT: 'I EVOLVED AS AN ACTRESS' DURING MY DISNEY DAYS

“It's exhilarating – it's a lot of feelings. It's very surreal,” said Holt. “I grew up going to tons of Marvel movies with my family and now being a part of the Marvel Universe and the company and the family, it is very surreal.”

The “Kickin’ It” alum continued: “I feel very lucky, and the show that I work on – I mean, I'm so grateful to be a part of this show this. The storytelling is incredible, the action is fun, my cast, my crew – it's home away from home, it truly is. Our show is very dark and I don't think people realize how dark our show is, but it's all for good reason and we're not just here to entertain, we're here to make an impact on people.”

When asked about the seismic shift in Marvel’s sharp pivot towards showcasing women at the forefront of their productions, the “Status Update” actress put on a massive cape for girl-power and revealed she feels ready to make the leap to the big screen in a much larger capacity for her Dagger character.

“Dude, I'm ready now. I'm ready now,” said Holt. “No, here's the thing is women have been minimized for so long and I think it's so important for us to change that. And I'm grateful to be a part of a show that really showcases women and in an authentic light.

“Women are not just one note," Holt added. "They have a lot of layers. They're resilient, they're cool, they're smart, they're sometimes a little complicated but that's a woman. And I think it's so important to showcase those authentic moments and those real raw heavy moments that women have.

"And I think working with Marvel, they're doing such a great job showing exactly what a woman is and what we stand for and how powerful they can be even if they are superhuman and I think I'm ready to take on that role.”

WE Day California, the world’s largest youth empowerment event, will return to The Forum in Los Angeles in celebration of over 16,000 students and educators committed to making a difference.

The WE Day Special airs on ABC, Friday, August 9, 2019 at 8 p.m. ET/7 p.m. CT and made possible by title partner The Allstate Foundation, and by presenting partners Walgreens and Microsoft.