Former Assistant Secretary of State for George W. Bush Robert Charles speaks out against the 'damaging impeachment' and looks ahead to possible outcomes.

During a panel discussion, Maher was quick to dismiss his guests' confidence that Senate Majority Leader Mitch McConnell, R-Ky, will ultimately vote to impeach Trump, calling it "bulls---."

"Mitch McConnell is playing everyone like a fiddle," Maher insisted. "He's rope-a-doping you. He does this with the media all the time. ... He leaked it out that he might do this. He's never going to do it. He's not going to vote to impeach Donald Trump."

"Mitch McConnell is playing everyone like a fiddle. ... He's not going to vote to impeach Donald Trump."

Both of his guests, journalist Katie Couric and radio host Matt Jones, appeared more hopeful that McConnell will pull the impeachment lever.

"If Mitch does it, then a lot of other Republicans obviously, Bill, will follow line," Couric said. "Do you think we're living in a fantasy world?"

"No, I think I'm the only one who doesn't," Maher quipped. "But Donald Trump is going to run again. He's not going away. And he's a brand now. I see these other politicians who talk like him now. ... It's a brand! We let the alien on the spaceship and it had eggs! It had eggs and they're breeding!"

"Donald Trump is going to run again. He's not going away."

"I've heard people say, 'Thank God this week is over.' The battle is over, this chapter is over. This war is just beginning," Maher warned. 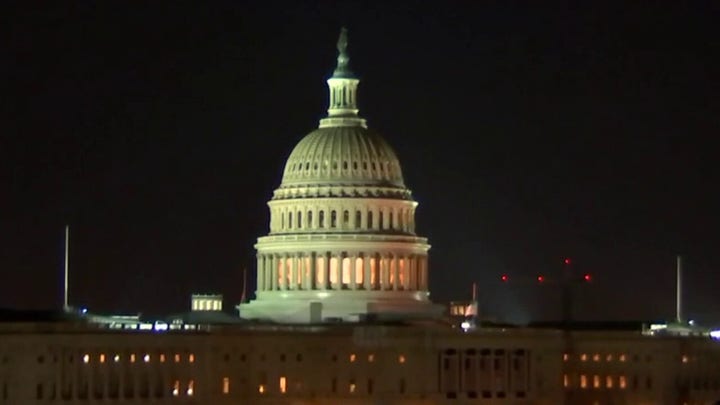 Couric attempted to calm Maher's nerves by pointing to "some legal scholars" who say that while the Senate needs 67 votes to convict Trump, it takes only a simple majority to bar him from running for president again.

Maher later expressed skepticism about the Democrats' efforts to impeach Trump going into the Biden presidency.

"It reminds me of the first one in that you kinda had to do it, right, because you can't let the precedent stand, but it's just going to be horrible," Maher said. "It's just a horrible way to start a new administration."