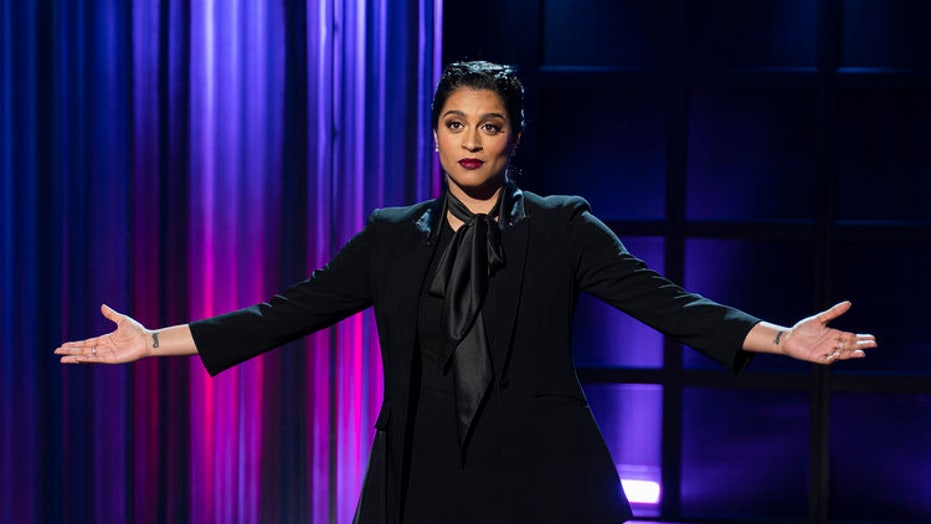 Late-night host Lilly Singh called out Disney+ for its use of "outdated cultural depictions" disclaimers before some of its old movies.

During Thursday's episode of "A Little Late," she disagreed with the new streaming platform's choice to keep content with racist undertones.

"Outdated," she said, "Because we all know racism is dead in 2019, right? I mean, just check my YouTube comments.

"I think Disney missed a few other things that audiences should've been warned about," she continued before going into a new segment on her show titled, "Even More Disney Warnings."

"First up, we need a warning for 'Sleeping Beauty,'" Singh said. "Warning: I can't believe I have to tell you this, but kissing a passed out woman is illegal and terrible."

For "The Lion King," she said, "Warning: This movie depicts gay uncles as backstabbing murderers."

For "The Princess and the Frog," she said, "Warning: Do not adjust color on your screen. Princess is actually black," and lastly she knocked the 2011 film "Thor" with, "Warning: This Thor is the boring one. You're looking for 'Thor: Ragnarok.'"

After Disney+'s launch in early November, users noticed that some of the company's classic content such as “Dumbo” (1941), "The Aristocats" (1970), “The Jungle Book” (1967) and the original “Lady and the Tramp” (1955) all contain a warning at the end of their respective descriptions.

These warnings caution sensitive fans that what they are about to watch contains racial portrayals that might be triggering.

“This program is presented as originally created,” the warning at the end of each description read. “It may contain outdated cultural depictions.”

The content warning seems to stem from the films having characters, or in some cases songs, that contain racial stereotypes.

As IGN notes, “Dumbo” has been criticized in the past for depicting two wise-cracking crows that speak in stereotypical African-American voices, played by a white actor. “The Jungle Book” suffers from the same issue with some of its characters, particularly a group of monkeys, being portrayed with negative, dated African and African-American characteristics.

Meanwhile, “Lady and the Tramp” features the infamous “We Are Siamese” song performed by two cats speaking in stereotypical Asian accents, drawn with large buck teeth.