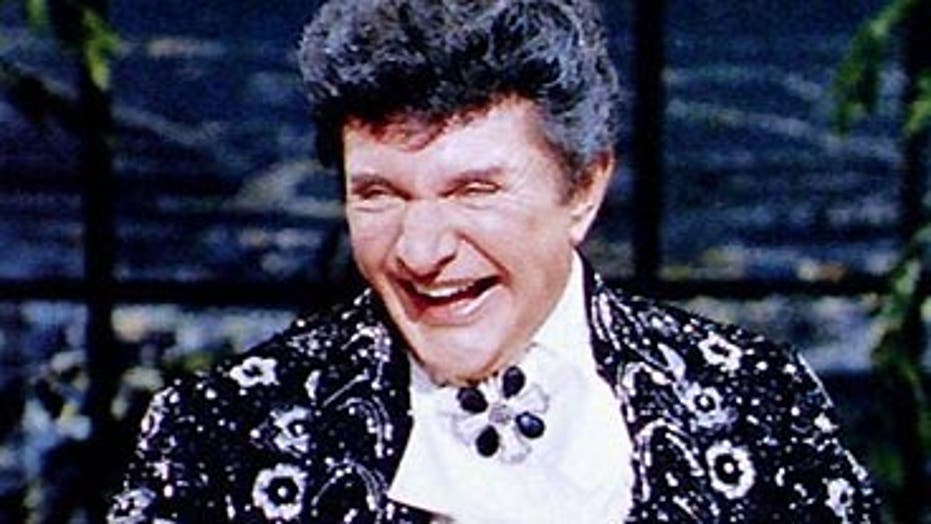 What do Michael Douglas and Matt Damon have in common? Liberace, baby!

Liberace’s glitzy getups, extravagant showmanship and even that giant candelabra made him the highest paid entertainer in the ‘70s — but even he didn’t turn his nose up at a good bargain.

“He shopped at Walmart!” claimed friend Jody Ghanem in an interview with Closer Weekly. “He’d drive his Excalibur car there wearing his polyester pants.”

“He was rich, but you wouldn’t know it,” added Zola Luckie, the daughter of the American pianist’s longtime personal chef and house manager Gladys Luckie. “He’d always say thank you, and he was real humble. Around the house, he’d just have on shorts, flip-flops and a t-shirt.”

Liberace, whose real name was Wladziu Valentino Liberace, grew up during the Depression and never forgot his roots. He was recognized by friends as a lifelong bargain hunter.

But on stage, Liberace made sure to play up his persona. At the time of his death in 1987 at age 67 from cardiac arrest, the New York Times described his equally famous wardrobe, which filled racks in his mansions. It highlighted a silvery plum lame cape with an eight-foot train of pink feathers, a $300,000 Norwegian blue-fox cape with a 16-foot train, a sequined uniform paired with hot pants, a gold lame jacket that would later inspire Elvis Presley, as well as “piano-shaped rings.”

Even though Liberace’s income averaged $5 million a year for more than 25 years, he always made sure to give back to his loved ones.

“He was always giving things away, even cars and houses,” said Jonathan Warren, the chairman and CEO of the Liberace Foundation, to Closer.

“If you saw something and mentioned you liked it, chances are you’d get it for Christmas!” he added.

Today, his friends still remember their beloved “Lee” not as the iconic entertainer, but as a generous friend who enjoyed life to the fullest while making audiences smile.

“He kept his personal life to himself, but he was a very happy individual,” said Ghanem.

“He was a dream,” added friend Rip Taylor. “He was full of nothing, but love and giving. He wasn’t Liberace the pianist; he was Liberace the man and friend.”

The new issue of Closer Weekly is currently in newsstands.