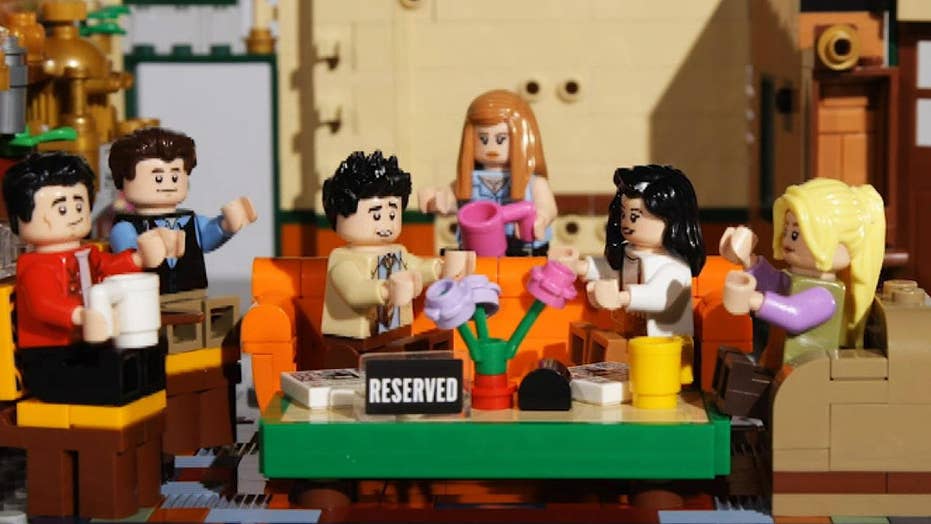 'Friends' is getting a Lego set; Willie Nelson takes care of his health

Hollywood Nation: Rachel, Chandler, Monica and the rest of the 'Friends' crew are getting the Lego treatment; legendary country singer Willie Nelson cancels August show dates due to breathing problems.

They’re pretty much everywhere in reruns and now they’re there for you in Lego form!

Just in time for the 25th anniversary of the TV sitcom “Friends,” Lego fans will soon be able to construct Central Perk with the company’s newest nostalgic addition for the young-at-heart brick builder.

Starting Sept. 1, “Friends” super fans will be able to bring Monica, Rachel, Joey, Phoebe, Ross and Chandler back to their favorite coffee shop in 1,079 Lego elements that include the orange couch, an armchair, coffee table and the coffee shop’s exterior complete with sign.

The set includes every one of the all-new "Friends" Minifigures and even Gunther! The coffee shop is a ”faithful recreation” with “authentic details,” Lego says on its website.

Builders can also construct a coffee machine, menu board and Phoebe's stage so you can literally say, "We were on a break!"

“The challenge was to visualize passages of the series to allow me to recreate the furniture and the characters in as much detail as possible,” Aymeric, who lives in Normandy, told Lego. “The assembly of this model took me about a week after finding the necessary references. During the voting period, the set was changed several times!”

Lego Ideas gives fans the opportunity to submit their brick-building ideas and win a chance to work with Lego master designers to bring it to life.