Lauren Alaina is back in the dating game — just a few months after ending her engagement to her high school sweetheart.

Alaina, 24, explained the couple met after she “responded to one of his Instagram videos.”

“We call that sliding into the DMs,” Crist interjected.

The 35-year-old comedian went on to explain that, at first, he didn’t know who Alaina was, so he had to look her up and noticed a blue “verified” checkmark beside her name.

After reading her Wikipedia page, the comedian wrote back with a response about their similar background: “I too grew up performing in a church in Georgia.”

“[It] was his first response to me,” Alaina laughed. “I was like, does this guy know everything about me?”

The couple was able to move past that initial interaction and Alaina claimed she even helps Crist with his jokes.

Crist added he’s only ever made one joke about their relationship — their 11-year age gap, specifically — that he said didn’t work very well on stage.

“I’m 35, her mom is 45, and she’s 24, so I’m closer to her mom’s age than her. So when she and her mom are arguing about stuff I’m literally in the middle like, ‘Actually your mom makes some good points. You should save your money,'” Crist joked.

Only a few months after Lauren Alaina announced she was breaking off her engagement to her high school sweetheart, the country singer has revealed she is dating comedian John Crist.

As for Crist’s family, Alaina said they’re mostly just surprised at their relationship, after years of Crist focusing on his career in comedy.

“John hasn’t introduced them to a girl in 10 years so I think they’re all... they’re very shocked, I think, he’s bringing a girl around. He doesn’t do that.”

In January, Alaina announced she had ended her engagement to her high school boyfriend Alex Hopkins.

The “Road Less Traveled” songstress wrote, in part, in an Instagram message: “We want to let you know that we have decided to call off our engagement. While we still have love for each other, we’ve grown into very different people over the last six years. We are now in a place where we are each looking forward to starting our own fresh, new chapters of our lives. We both love and respect each other and hope you all will do the same. This has not been an easy decision, but we both feel it is the right decision. Thank you always for your love and support.” 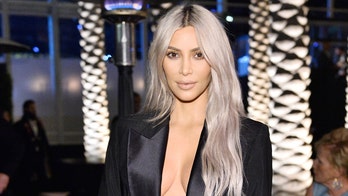