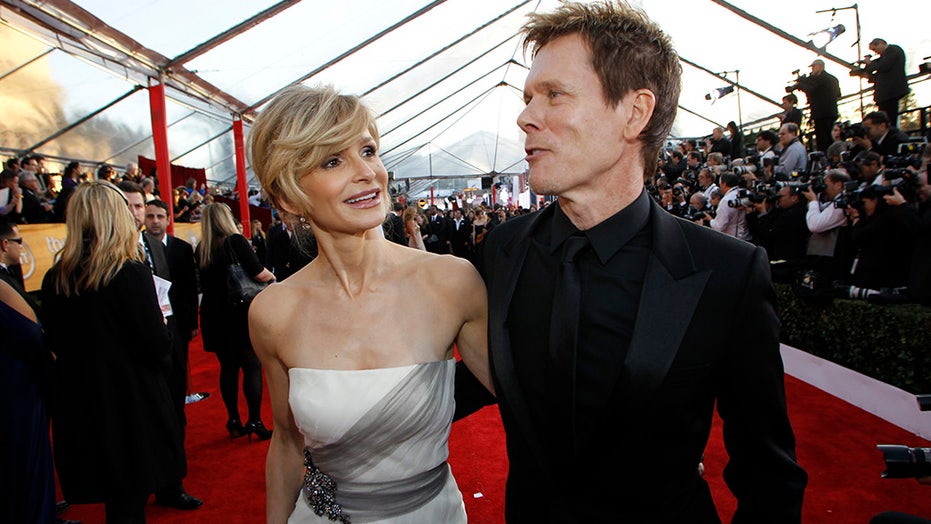 When Kyra Sedgwick first fell head over heels for Kevin Bacon, the actress admits it was a little scary.

In an interview with Vulture published on Friday, the 54-year-old star looked back at the very beginning of the pair's 31-year relationship, which started when they met on the set of the 1988 film "Lemon Sky." The couple ended up marrying that same year and have raised two children together: daughter Sosie, 27, and son Travis, 30.

"I would say, if someone had told me when I was 21 that by the time I was 23 I would be married and have my first child, I would've told them that they were f--king insane," Sedgwick admitted. "Would've been like, 'Ex-squeeze me, what the f--k are you talking about? I am working.' I mean, I'd been working professionally since I was 16. And I was living on my own, making my own money. I was like, 'I'm fiercely independent.'"

KEVIN BACON REFUSES TO DANCE ALONG TO 'FOOTLOOSE' IN PUBLIC: 'I TEND TO AVOID IT'

She continued: "So when I did fall in love with Kevin, it really just felt like there was some urgency to get married, and I don’t know what it was. Suddenly this thing came over me and I was terrified.”

Sedgwick went on to explain that she initially felt this way because she "couldn't count on people."

“That wasn’t where I felt like I would be successful," she said. "A lot of people had let me down and so I was not interested in being vulnerable or connected in a really serious way.”

However, despite her initial reservations, Sedgwick admitted that Bacon "just was the one, you know? He was just the soul mate, he was just the one."

When asked what the secret to their long-lasting marriage was earlier this year, the "City on a Hill" star told Fox News that he won't reveal it.

"There is no secret," Bacon began, before clarifying: "In fact, I've often had a couple of different one-liners for that answer, and then I decided that really the answer is I'm not going to answer it because the last thing I want to do is come up with some quote that is going to summarize a 30-year relationship you know?"

"It's disrespectful to the relationship," Bacon added. "So I don't really know."

Sedgwick and Bacon celebrated their 31st wedding anniversary earlier this month, marking the milestone with gushing tributes to each other on social media.