The cosmetics mogul took to her Instagram story to share several pictures of herself and her 1-year-old daughter Stormi.

Jenner, 22, and her daughter wore matching outfits in the separate pictures posted by the reality TV star.

Kylie Jenner posed with her daughter, Stormi, for pictures in her Instagram story on Wednesday, Jan. 15, 2020. (Kylie Jenner/Instagram)

In the first photo, Jenner and Stormi share a smooch, and in the second, a sweet cuddle. But in the third photo, Jenner jokingly captioned the post: "Don't talk to me or my daughter ever again."

Kylie Jenner poses with her daughter Stormi on Instagram, telling followers not to speak to either of them on Wednesday, Jan. 15, 2020. (Kylie Jenner/Instagram)

In the snap, both Kylie and Stormi look head-on at the camera without smiles on their faces. It appears Jenner is playfully recreating the "don't talk to me ever again" meme, which was popular in 2016.

TRAVIS SCOTT ADDRESSES KYLIE JENNER SPLIT: 'I LOVE HER AND I ALWAYS WILL'

The meme would often feature cartoon characters, animals, toys and more standing next to smaller versions of themselves with the caption "don't ever talk to me or my child again," simply pointing out the similarities between the larger and smaller versions. 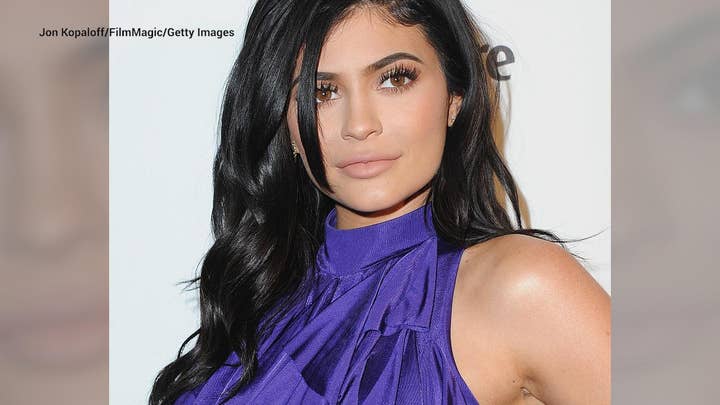 The meme was widespread in 2016 but has maintained popularity in the years since.