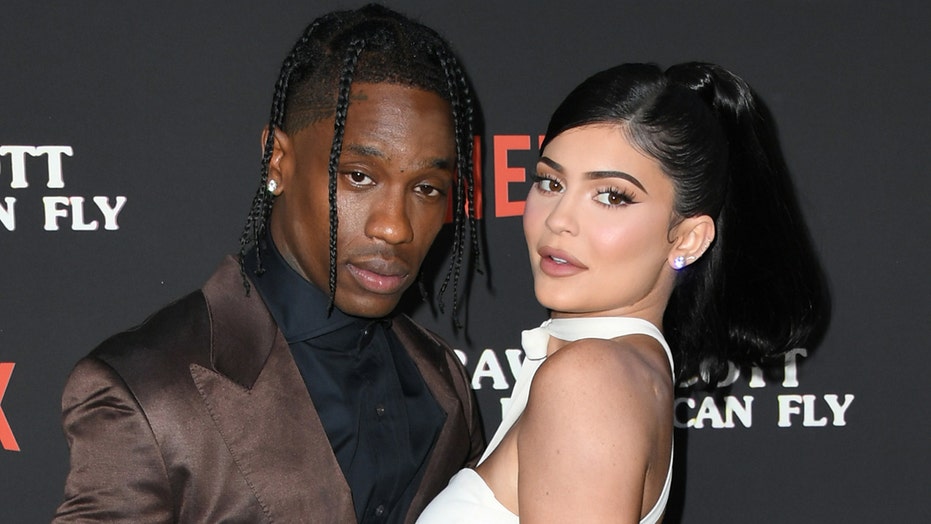 Kylie Jenner returned to posting on Instagram for the first time since the tragic incident that took place at the Astroworld Festival in November.

Ten people died after a crowd surge at Jenner’s longtime boyfriend Travis Scott’s Astroworld Music Festival in Houston, Texas. The "Sicko Mode" rapper has faced a lot of backlash in recent weeks for not stopping the show as the situation in the crowd became deadly. Jenner and her sister Kendall were reportedly there at the time. However, both he and Jenner, who are expecting their second child together, noted in the past that he was completely unaware of how bad things had gotten in the crowd from his vantage point on the stage.

On Christmas Eve, the Kylie Cosmetics CEO shared an image of her mom, Kris Jenner, clad in a red gown for Christmas. The image is the same one that Kris used to promote her latest cover of "Jingle Bells," which she did in conjunction with daughter Kourtney Kardashian and her fiance Travis Barker.

Kylie Jenner and Travis Scott are expecting a second child together.  (Jon Kopaloff/FilmMagic)

"merry christmas eve," Kylie captioned the image of her mom from what appears to be the 1980s.

The post promoting her mom and sister’s work marks the first time she’s posted since the Astroworld tragedy. Meanwhile, Scott continues to deal with the consequences of the concert. In addition to being the subject of several lawsuits stemming from the victims of the incident, it was announced earlier this month that a Congressional committee is launching an investigation into what happened at the festival.

Travis Scott was performing at the 2021 Astro World Festival when a crowd surge resulted in the deaths of ten people. (Photo by Erika Goldring/WireImage via Getty Images)

The House Oversight and Reform Committee sent a letter Wednesday to Live Nation Entertainment Inc.'s president and CEO, Michael Rapino, asking for information about the company’s role in the music festival, specifically Scott’s performance that resulted in the death of 10 people.

Information the committee requested included details about security, crowd control and mass casualty incident planning; details about any pre-show briefings by Live Nation or its subsidiaries on any safety concerns raised before the concert; and what steps the concert promoter will take to prevent injuries or deaths at future events.

Meanwhile, Scott has been working with government and public safety officials to establish guidelines to ensure another tragedy like the one at the Astroworld Music Festival never happens again.