The reality star revealed in a recent interview that she is studying to become a lawyer.

The “Keeping Up with the Kardashians” star made the revelation in an interview with Vogue after the writer noticed a large pile of books on tort law in the social media star’s house.

Kardashian, 38, told the magazine she decided last summer to do a four-year apprenticeship with a law firm based in San Francisco and planned to take the bar in 2022. Despite Kardashian not finishing college, in the state of California, “reading the law or apprenticing with a lawyer or judge” is allowed, according to the magazine. If she passes the “baby bar” this summer, she will be allowed to study for three more years.

KIM KARDASHIAN ON KANYE WEST AFTER ‘SATURDAY NIGHT LIVE’ PRO-TRUMP RANT: ‘I’M NOT TRYING TO CHANGE WHO HE IS’

“I had to think long and hard about this,” she said.

The mother of three launched a high-profile campaign for clemency for Alice Marie Johnson last year. The great-grandmother was serving a life sentence without the possibility of parole after being convicted of a first-time nonviolent drug offense. In May, Kardashian visited the White House to meet with President Trump about Johnson and, in June, Trump commuted her life sentence.

KIM AND KHLOE KARDASHIAN REVEAL THEY ONCE STOLE DIOR SUNGLASSES

The mother of three said she was inspired to study law after she saw a “really good result” following her high-profile campaign.

“The White House called me to advise to help change the system of clemency and I’m sitting in the Roosevelt Room with, like, a judge who had sentenced criminals and a lot of really powerful people and I just sat there, like, ‘Oh, s---.’ I need to know more,” Kardashian told Vogue.

Kardashian told the magazine she learned about Johnson after watching a video her friend posted on Twitter. 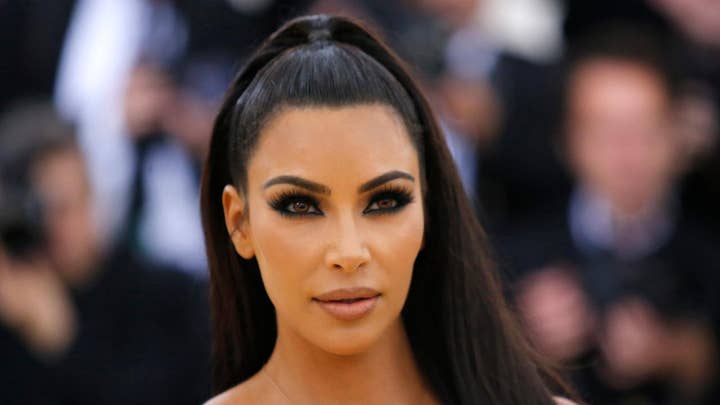 “Here’s a grandmother who took part in her first-time nonviolent offense and received the same sentence as Charles Manson,” she recalled. “I just thought, ‘This is so wrong and so bizarre, and how could that be?’ I sent it to my attorney and said, ‘What can we do? Does she need better lawyers?’”

The reality star admitted she was told her “career will be over” if she went to the White House but felt her reputation was not as important as “someone’s life.”

“People talk s--- about me all day long,” she said. “It will just be another story about me versus someone getting their life back.”

The magazine asked Kardashian’s famous family members how they feel about her focus on law. Kardashian’s father, Robert Kardashian, was an attorney who was famously on O.J. Simpson's defense team. He died in 2003 after a battle with cancer.

Her sisters, Kourtney and Khloe, said Kim likes court television shows and was close with their late father.

“It’s because she seems to have all the answers or something,” Kourtney said of her sister. “Like she just kind of knows.”

Kardashian’s husband, Kanye West, was asked if he was surprised by his wife’s “decision to work on the issue of criminal justice reform.”

“She’s always had it in her,” he replied.