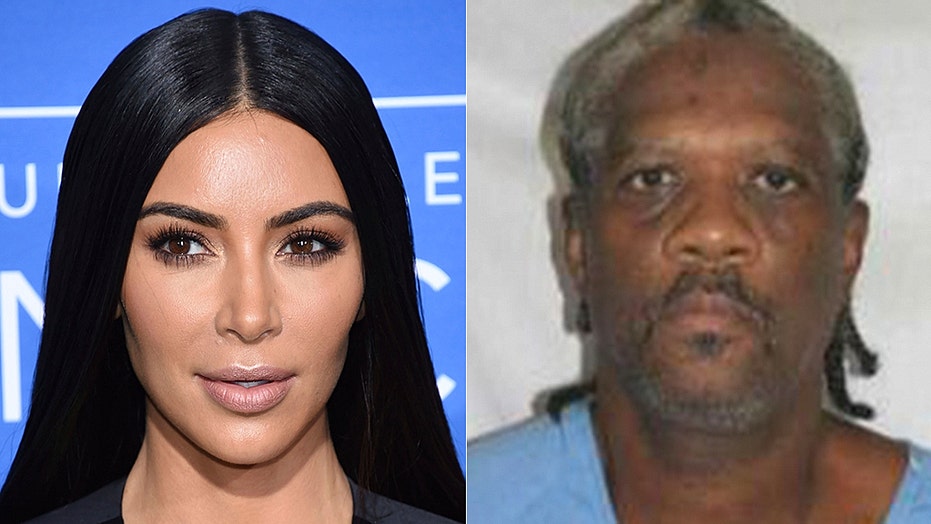 The "Keeping Up with the Kardashians" star took to Twitter Friday evening to share details about her meeting with Cooper, 61, who has remained on death row since his 1985 conviction.

"I had an emotional meeting with Kevin Cooper yesterday at San Quentin’s death row," Kardashian captioned a picture of the two. "I found him to be thoughtful and honest and I believe he is innocent of the crimes for which he was convicted."

In a seperate post, the 38-year-old added: "I am hopeful that Kevin will be exonerated since DNA testing has now been ordered on Kevin’s case and I remain grateful to Governor Newsom for ending capital punishment in California."

TMZ exclusively reported Friday that the KKW Beauty mogul was pictured walking into the prison, dressed in all black, to meet with Cooper.

Kardashian, whose recent campaign to have President Trump commute the life sentence of Alice Marie Johnson was successful, has taken an interest in further exonerating inmates involved in other controversial cases.

She first spoke about Cooper in a tweet last October, where she encouraged former California Gov. Jerry Brown to re-test DNA in the case.

Cooper claims he was framed for the 1983 murders of Doug and Peggy Ryen, their 10-year-old daughter Jessica and 11-year-old neighbor Christopher. The family and neighbor had been brutally attacked with multiple weapons, including a hatchet, knife and ice pick, while their 8-year-old son survived.

As Cooper awaits the final DNA testing results, he will avoid execution as Newsom issued a moratorium for all executions back in March.