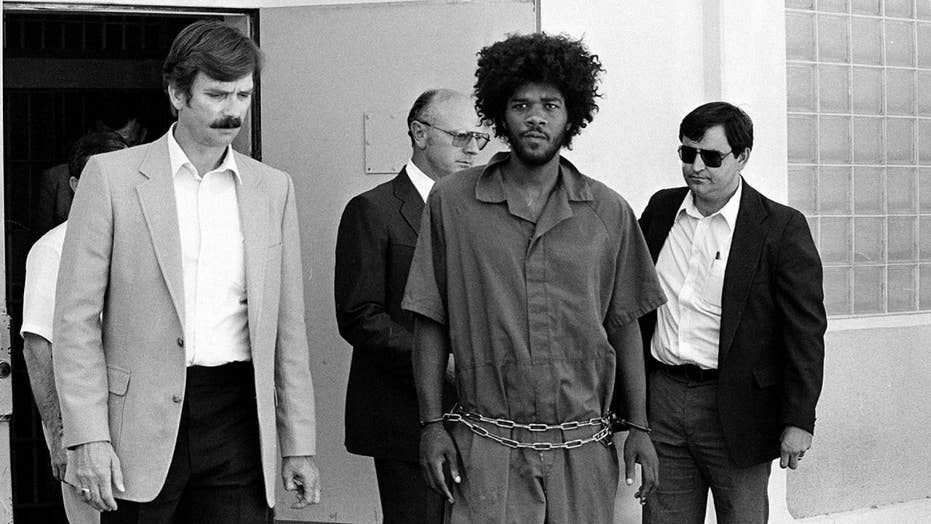 An inmate who claims he was framed for a 1983 killing spree may be getting a second chance at life after 35 years in prison.

Inmate Kevin Cooper, 61, originally convicted in 1985, received some good news on Friday when California Gov. Gavin Newsom ordered new DNA tests on certain items that were never tested during the initial investigation, according to ABC News. Some of those items include hair, blood and fingernail scrapings from the victims. Another key piece of evidence includes a green button investigators say links Cooper to the crime.

The order also suggested re-testing of some of the original evidence.

"Especially in cases where the government seeks to impose the ultimate punishment of death, I need to be satisfied that all relevant evidence is carefully and fairly examined," said Newsom in a statement to the station.

Some of the evidence initially tested included a tan T-shirt, an orange towel, a hatchet handle and a hatchet sheath. Former Gov. Jerry Brown had ordered testing for those items, which Newsom's order will expand on.

Brown issued his previous order after a clemency application from Cooper, who believes the additional testing will prove his innocence. The case had gained notoriety at that point, after receiving support for re-testing from Sen. Kamala Harris and celebrity Kim Kardashian.

Cooper says he was framed for the 1983 murders of Doug and Peggy Ryen, their 10-year-old daughter Jessica and 11-year-old neighbor Christopher. The family and neighbor had been brutally attacked with multiple weapons, including a hatchet, knife and ice pick, while their 8-year-old son survived.

"We hope that this additional testing will lead to the exoneration of Kevin Cooper and revealing who killed the Ryens and Christopher Hughes," Cooper's attorney, Norman Hile, said, according to the associated press.

In 2001, Cooper was the first death row inmate to get post-conviction DNA testing. It didn't help his cause, as those results found his DNA on a blood spot from the crime scene, cigarette butts from the stolen Ryen family car and a blood-stained T- shirt found on the roadside in Chino, per the report.

Protesters attend a rally in downtown San Francisco, Tuesday, Feb. 3, 2004, to denounce the Feb. 10 execution of Kevin Cooper at San Quentin State Penitentiary. Cooper was convicted of murdering two children and two adults in a Chino Hills home shortly after escaping from the California Institution for Men in nearby Chino in 1983. ((AP Photo/Marcio Jose Sanchez))

"Unfortunately, over time it seems the victims' desire for justice in this case matters less and less," District Attorney Jason Anderson said in a statement. "Prior DNA testing that Mr. Cooper sought, agreed to and claimed would exonerate him have all confirmed Mr. Cooper's guilt and that Mr. Cooper's allegations of evidence tampering were unfounded."

Newsom notes that some of the evidence may be contaminated, given the age of the case and handling of materials over the years. California hasn't executed anyone on death row since 2006.