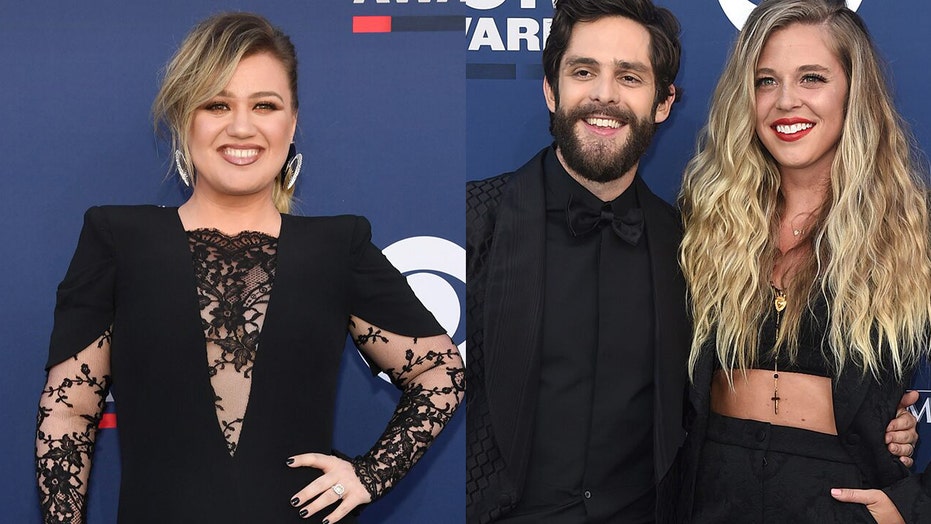 Kelly Clarkson recently struggled to keep her composure while on live television when country music star Thomas Rhett and his wife Lauren Akins popped in for Clarkson’s at-home edition of her show -- and told the heartwarming story of the adoption of their now-4-year-old daughter Willa Gray Akins.

"I just thought it was really cool," Lauren Akins told the former “American Idol” standout-turned-daytime-host of the “Kelly Clarkson Show."

She continued: "We'd talked about it off and on, but it wasn't something that we had sat down and had, like, a full-on adoption conversation."

Lauren Akins, 30, revealed to Clarkson that her own mother was adopted and that for her “whole life” she had “always talked about adopting.”

Lauren Akins went on to open up about her first meeting with Willa Gray, who would become her future daughter, in 2016 during a trip to Uganda with the organization 147 Million Orphans. She shared an image of the baby girl to her social media page and after connecting with Rhett, also 30, via FaceTime, Lauren Akins said she was compelled to find a “forever home” for the little girl.

"I was, like, so moved. I mean, the second I touched her, it was, like, electric," she said. "I was like, 'Oh my word. This little girl has just taken my heart.' I was like, 'Honey, we've gotta find her, her forever home. Like, I know that's why I'm here is to get this girl to her home.'"

Clarkson, 38, began to cry while listening to the story and quipped that Lauren Akins “totally Oprah’ed [her] just now.”

“I did my own makeup and this is not waterproof," said "The Voice" coach. "It's so beautiful because I know that feeling. As a mama, you touch them and you hug them. It doesn't matter if it's yours or not. We're a blended family. You're like, this is my purpose. It's such a powerful thing."

Rhett also chimed in about a moment following a show when he and his wife had a conversation and explained that, in the moment, he knew exactly what needed to be done.

"I don't fully remember even saying it," he said. "It was, like, such a spiritual thing for me that it came out of my body. Then, literally two weeks after, we were having home assessments and talking to adoption agencies."

And as many bureaucratic processes go, the pair would spend months filing out document after document, traveling to Africa, and marking off boxes on their checklist all in a concerted effort to make the process as smooth and easy as possible.

However, in 2017, Lauren Akins announced she was pregnant and at the time, said in an interview with People magazine that she had made the trip back to Uganda during her third trimester in the hope of bringing the baby girl home -- but hit a snag before the adoption was finalized and she had to return to the United States for a pregnancy checkup.

"I probably could have pushed it, but I just didn't want to think something could go wrong with my pregnancy," she told the outlet. "It felt weird leaving one daughter and making sure the other one is okay. But I couldn't do it another way."

Ultimately, Lauren Akins’ parents would bring Willa Gray to her new home in Nashville, Tenn., and recounted the moment to People, describing the feeling like “Christmas Day.”

"It was such a joy to watch this little angel be brought into the world. My wife is just incredible through the entire birth,” Rhett wrote on Instagram at the time.

He added: "Watching our kids meet Lennon for the first time was probably the sweetest thing I’ve ever seen in my whole life! Ada James and Willa Gray are going to be the best big sisters on the planet. The Lord is so good and I’m so grateful for my beautiful growing family!! Y’all pray for us as we switch from man on man defense to zone."