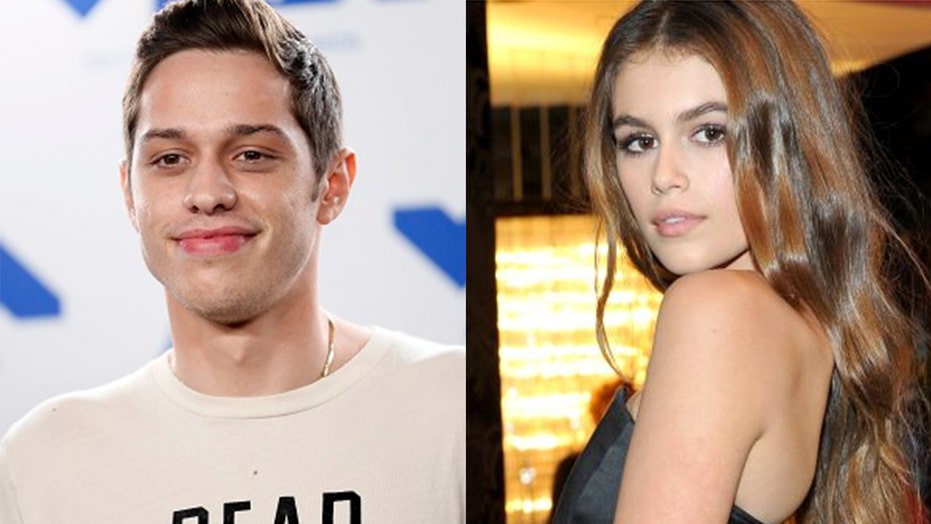 The supermodel and her businessman husband are reportedly trying to “guide Pete through a difficult time” as he dates their daughter.

Earlier this week, the couple were spotted looking “tense” outside Kaia’s New York apartment, with an onlooker claiming they were having an animated conversation, seemingly about Pete.

Kaia, 18, and "Saturday Night Live" comedian Pete, 26, have been dating since October – and while it’s unclear why Pete "needs help", E! News reports Kaia’s parents are keen to be there for the couple.

A source confirmed to Fox News that Pete Davidson, 26, and Kaia Gerber, 18, are 'definitely an item.' (AP/Getty)

“Cindy and Rande wanted to be there for Kaia and supportive of her. They are very involved and loving parents and they would do anything for her.

“They stepped in to try and guide her and to help Pete through a difficult time."

“[They] see how troubled he is and how much he is struggling."

"They tried to intervene and offer what they could.

“It's been upsetting for Kaia and for them to see their daughter dealing with something so serious."

Pete has been open about his drug use and mental health struggles in the past – saying he’s smoked pot since age 16, adding: "I can perform when I'm not high, but it wouldn't be that much fun for me."

He also told Marc Maron’s podcast he struggled with borderline personality disorder, and in 2018, worried fans with a post about suicidal thoughts before deleting Instagram.

This weekend on SNL, he made a joking reference to rehab, saying he was "going on ‘vacation' but insurance pays for some of it, and they take your phone and shoelaces. And it costs $100,000 but I still have roommates."

Pete previously went to rehab in 2016, but later said that being sober “f***ing sucks” and that he needed marijuana for his Crohns Disease.

Last week, the MailOnline reported that Kaia’s parents had been seen in a tense conversation in New York outside their daughter’s apartment.

According to their reporter, an onlooker overheard Rande tell Cindy, 53: "He's got scratched out eyes. His face was like scared as if someone or a camera was on him. His eyes are very... and he's like freaking out."

While it wasn't clear if he was definitely talking about SNL star Pete, 26, the MailOnline reports Rande continued: "How in the hell can he... be away... he needs help."

It's then reported that Rande told Cindy the person he was referring to was "over there" further down the street – where Pete was sitting in his car.