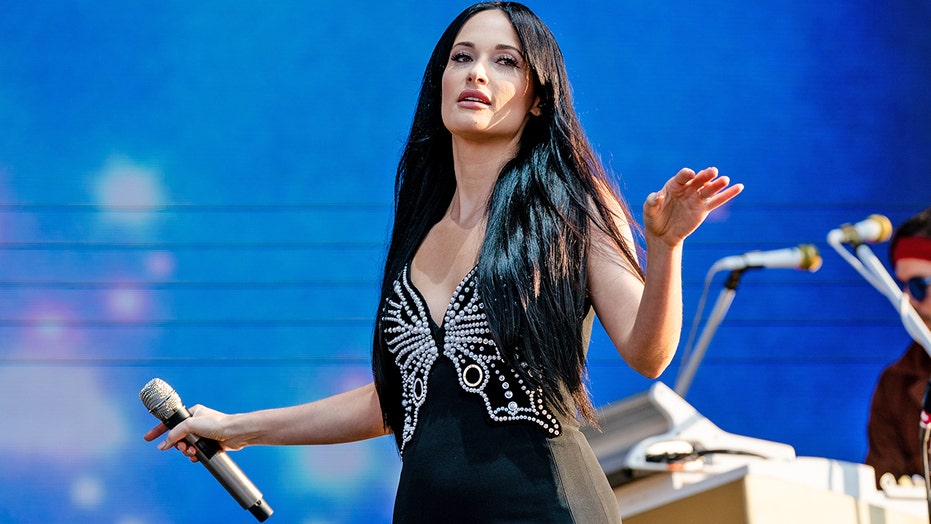 Kacey Musgraves might have partied a little too hard the night of the 2019 CMA Awards and is telling everyone about it.

Musgraves, who took home the awards for female vocalist of the year and music video of the year, partied with Willie Nelson after the event. The next day, the country star raised some eyebrows when she tweeted, “can you die from a hangover? asking for a friend who is actually me.”

Musgraves then explained the tweet during an appearance on “The Late Late Show with James Corden” alongside guest Rebel Wilson.

"Well, directly after the show, I went to Willie Nelson's bus," Musgraves prefaced the story. "I don't know…I brought him some pizza. He loved that. Yeah, we hung out for a second and I don't really know what happened. The next thing I know…We leave, we hit some Nashville honky-tonks.

"The next thing I know, I'm in this barn and Reese Witherspoon is playing bongos. Gigi Hadid is also playing bongos. I'm singing with Ronnie Dunn, it's like, this. Like, this—I don't know. And then, yeah, I woke up. And I was… I don't know!"

When asked what her hangover cures are, Musgraves revealed that Gatorade is a go-to.

"Gatorade, but also just not drinking," the “Rainbow” singer said. "I mean, just don't poison yourself… just don't be an a--hole and drink, like, loads… just buckets of tequila. Just don't do that.

"Fun fact: I haven’t been drunk in my whole entire life," she admitted. "It's not a joke. In science class, they said if you drink alcohol it kills your brain cells. See, people think I'm joking. I've only had my first sip of alcohol at 25 years of age. So, I've never had a hangover ‘cause I've never been drunk."