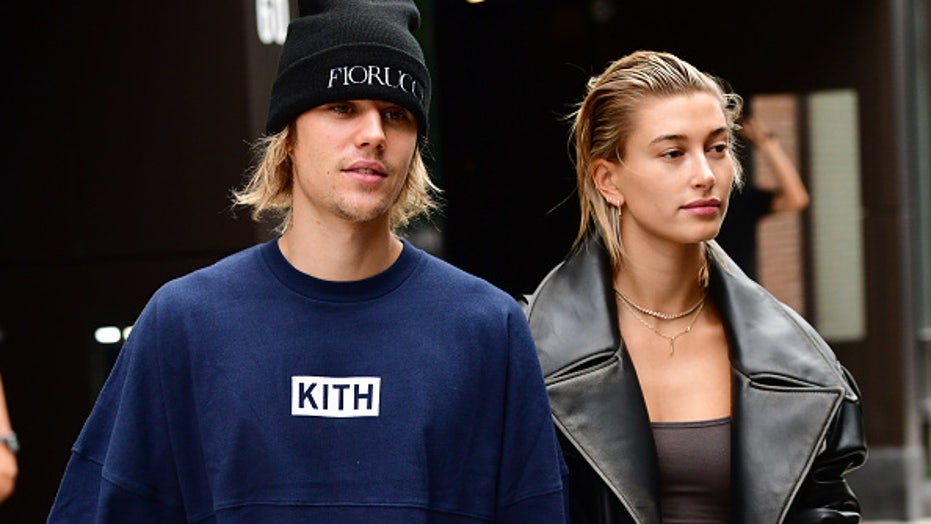 Justin Bieber and Hailey Baldwin tied the knot for the second time in a ceremony on Monday in South Carolina, according to multiple reports.

The couple, who secretly married at a New York City courthouse in September 2018, wanted a second, more religious ceremony that included friends and family. Per People magazine, the new wedding took place at Montage Palmetto Bluff in Bluffton.

According to the outlet, citing a source, the pair exchanged vows at Somerset Chapel in front of 154 guests. Hailey's sister, Alaia, and cousin Ireland were bridesmaids, E! News reported.

The 25-year-old singer and the 22-year-old model had an on-again, off-again relationship for years before reconnecting in June 2018.

They announced their engagement in July 2018.

Bieber wrote on social media, "Was gonna wait a while to say anything but word travels fast, listen plain and simple Hailey I am soooo in love with everything about you!”

“So committed to spending my life getting to know every single part of you loving you patiently and kindLY. I promise to lead our family with honor and integrity letting Jesus through his Holy Spirit guide us in everything we do and every decision we make. My heart is COMPLETELY and FULLY YOURS and I will ALWAYS put you first! You are the love of my life Hailey Baldwin and I wouldn’t want to spend it with anybody else. You make me so much better and we compliment each other so well!! Can’t wait for the best season of life yet!. It’s funny because now with you everything seems to make sense! The thing I am most excited for is that my little brother and sister get to see another healthy stable marriage and look for the same!!! Gods timing really is literally perfect, we got engaged on the seventh day of the seventh month, the number seven is the number of spiritual perfection, it’s true GOOGLE IT! Isn’t that nuts? By the way I didn’t plan that, anyways My goodness does feel good to have our future secured! WERE GONNA BE BETTER AT 70 BABY HERE WE GO! “He who finds a wife finds a good thing and obtains FAVOR from the Lord!” This is the year of favor!!!!” he added.

JUSTIN BIEBER ADMITS HE WAS INTO 'HEAVY DRUGS,' STRUGGLED WITH FAME

For her part, Baldwin tweeted at the time: “Not sure what I did in life to deserve such happiness but I am so utterly grateful to God for giving me such an incredible person to share my life with! No words could ever express my gratitude.”

The couple celebrated their one-year anniversary in mid-September. "1 year being your Mrs," Baldwin wrote on Instagram Stories, which also featured a photo of them kissing in an elevator.

But their relationship is a work in progress. Baldwin said in an interview with Vogue Australia, "Marriage is always going to be hard, and I think good relationships are the relationships that you put the work into"

Before marrying Bieber, Baldwin acknowledged: "I had never lived with someone before. I never had to cohabit with somebody in that way, so I was learning how to share space with someone for the first time. We were trying to bend in each other’s direction and learn what was comfortable.”

She also conceded that being the focus of fans and paparazzi isn't easy. They have to deal with "a zillion people who had a zillion opinions."

"Now it’s easier, because we’ve found a rhythm. We have more fun together, which is what should happen when you spend more time with someone you love," she mused.