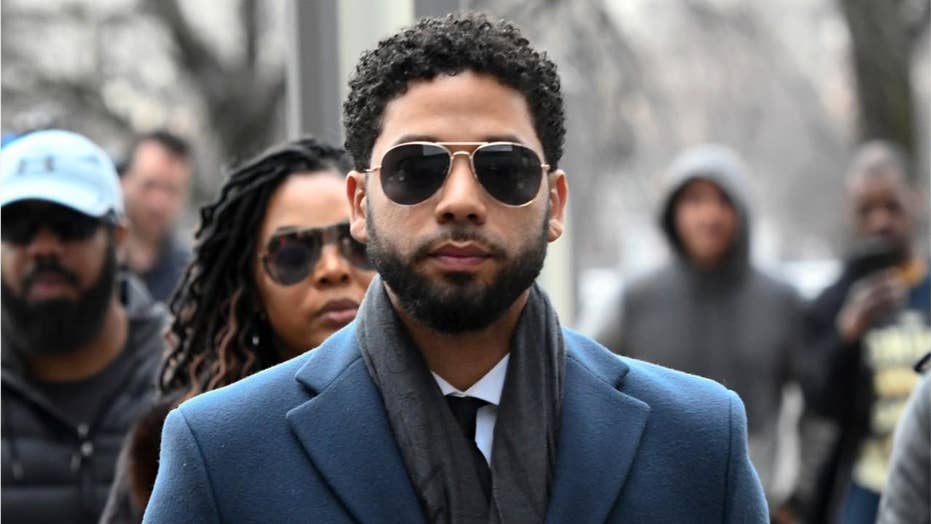 Jussie Smollett appeared in court Thursday to plead not guilty to 16 counts of disorderly conduct after allegedly faking a hate crime in Chicago back in January. Meanwhile, one of his “Empire” co-stars is opening up about how the mood on set has dramatically shifted in the wake of the bombshell story.

Serayah McNeill, who plays Tiana Brown on the Fox drama, spoke with Us Weekly about how the story has affected production on the remainder of Season 5. The star said she was not on set when the news broke about Smollett’s involvement in the alleged crime, but that she’s been on the set since.

“I think it definitely has an effect on everyone,” Serayah, 23, told the outlet.

She went on to explain that the show is moving on without Smollett in the most respectful way possible.

The producers and creators of "Empire" revealed that Smollett would be cut from the remainder of Season 5, leaving his role in the series beyond that in question.

"The events of the past few weeks have been incredibly emotional for all of us. Jussie has been an important member of our EMPIRE family for the past five years and we care about him deeply. While these allegations are very disturbing, we are placing our trust in the legal system as the process plays out," co-creators Lee Daniels and Brett Mahoney and executive producers Danny Strong, Brian Grazer, Sanaa Hamri, Francie Calfo and Dennis Hammer told Fox News in a statement at the time.

"We are also aware of the effects of this process on the cast and crew members who work on our show and to avoid further disruption on set, we have decided to remove the role of ‘Jamal’ from the final two episodes of the season," the statement continued.

Smollett's lawyer, Tina Glandian, entered the plea on Smollett’s behalf just hours after Judge Steven Watkins was assigned the case. The next court date was scheduled for April 17.

Smollett was initially charged with one count of lying to the authorities on Feb. 20. Last week, a grand jury indicted Smollett on 16 felony counts of lying to authorities — eight counts for what he told the officer who responded to the report of the Jan. 29 attack in downtown Chicago, and eight counts for what he later told a detective about being the victim of a brutal racist and homophobic beating by two masked men.

Police say Smollett, who is black and gay, staged the incident because he was unhappy with his salary on the Fox show and wanted to promote his career.