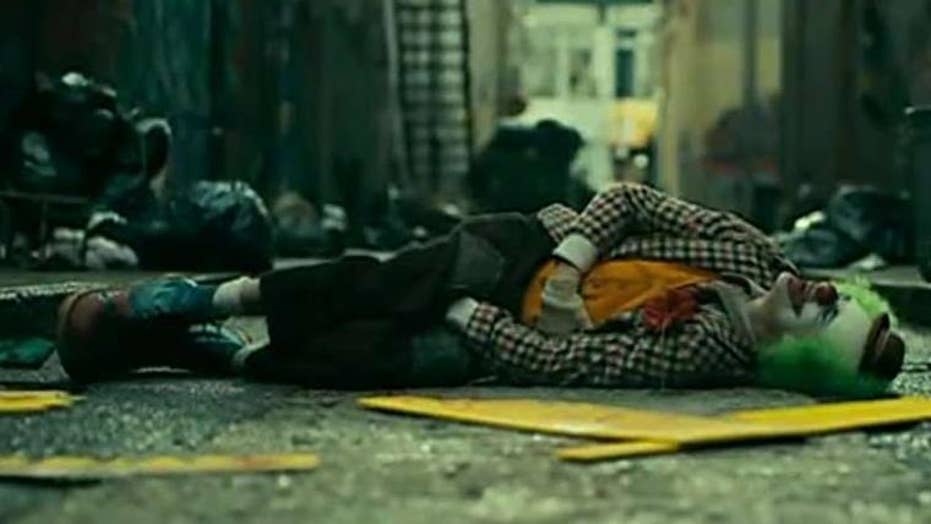 In an interview with Vanity Fair, Phillips, 48, opined, “We’re making a movie about a fictional character in a fictional world, ultimately, and your hope is that people take it for what it is. You can’t blame movies for a world that is so f–ked up that anything can trigger it."

“That’s kind of what the movie is about," he added. "It’s not a call to action. If anything it’s a call to self-reflection to society."

Director Todd Phillips holds the Golden Lion for Best Film for "Joker," joined by lead actor Joaquin Phoenix at the closing ceremony of the 76th edition of the Venice Film Festival, on Sept. 7, 2019. (AP)

The movie theater where the Aurora, Colo., mass shooting took place will not show "Joker."

James Holmes fired shots inside a theater during a 2012 showing of “The Dark Knight Rises” – about the Joker's relationship with his archnemesis, Batman – killing 12 and injuring several others. At the time, there were reports, since disproved, that Holmes referred to himself as the Joker.

With that alleged connection hanging in the air and Phoenix bringing the comic-book villain to the big screen once again, the remodeled theater will reportedly not be showing the film.

A Century Aurora and XD theater employee explained to The Hollywood Reporter that it is not showing the movie when it comes out on Oct. 4. A representative for Cinemark, the franchise behind the theater, did not immediately respond to Fox News’ request for comment. However, there are no advance ticket sales or showtimes listed on the website for the theater.

Joaquin Phoenix in a scene from "Joker," in theaters on Oct. 4. The Army is warning soldiers about the potential for violence at screenings of the film. (Warner Bros. Pictures via AP)

Meanwhile, the titular star of "Joker," Joaquin Phoenix, acknowledged that he predicted at least some criticism of the movie due to its subject matter, but that he hopes it will spark more meaningful conversations once people actually watch it.

“I didn’t imagine that it would be smooth sailing,” Phoenix, 44, admitted. “It’s a difficult film. In some ways, it’s good that people are having a strong reaction to it."

The "Walk the Line" star explained that he wanted to play the iconic Batman baddie in a way that the viewer could "sympathize or empathize with this villain."

Joaquin Phoenix in a scene from "Joker," in theaters on Oct. 4.  (Niko Tavernise/Warner Bros. Pictures via AP)

“It’s so easy for us to — we want the simple answers, we want to vilify people. It allows us to feel good if we can identify that as evil,” he said. “But that’s not healthy because we’re not really examining our inherent racism that most white people have, certainly. Or whatever it may be. Whatever issues you may have. It’s too easy for us and I felt like, yeah, we should explore this villain. This malevolent person."

“There’s no real communication, and to me that’s the value of this," Phoenix continued. "I think that we are capable as an audience to see both of those things simultaneously and experience them and value them.” 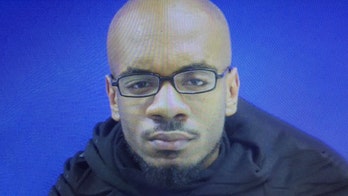