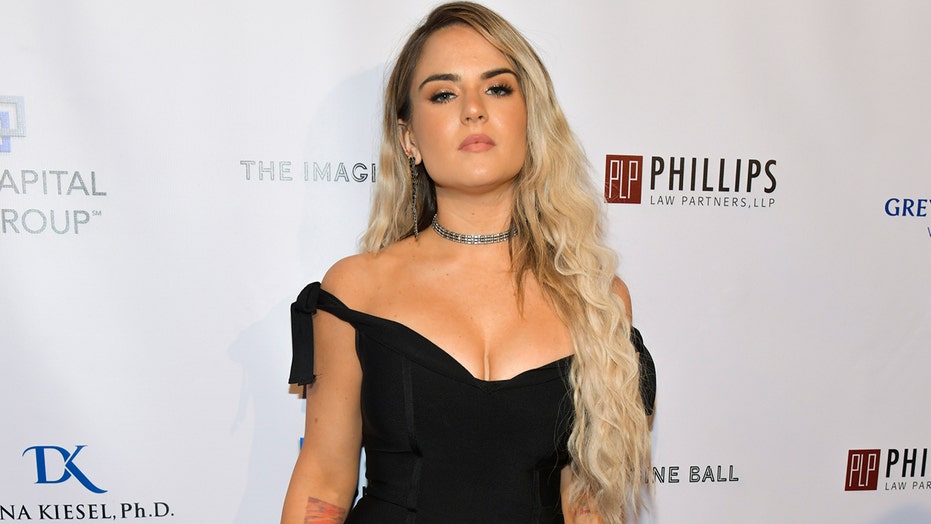 Singer JoJo spoke candidly in a recent interview about the pressure she felt to go on a very limited 500-calorie per day diet when she was just 18 years old.

JoJo, 29, got her start at age 13 with hits like “Leave (Get Out).” However, by the time she was 18, she was ready to expand and release new music, but the label she signed with, Blackground Records, didn’t seem interested. Speaking in a recent interview with Uproxx, the 29-year-old explained that she quickly started to feel like her body was to blame.

“Because when I was 18, I remember being sat down in the Blackground office, and the president of the label being like, ‘We just want you to look as healthy as possible,'” she explains in the video below.

“I was like, ‘I’m actually the picture of health,'” she continued. “‘I actually look like a healthy girl who eats and is active. And I don’t think this is about my health. I think that you want me to be really skinny.'”

Singer JoJo opened up about being put on an intense diet when she was just 18-years-old. (Rodin Eckenroth/Getty Images)

The artist, whose real name is Joanna Noelle Blagden Levesque, says that her protests fell on deaf ears.

“And he’s like, ‘No, I wouldn’t say that,’ blah blah blah,” JoJo recalled. “But I ended up getting put with a nutritionist that had me on a 500 calorie a day diet, and I was on these injections that make you have no appetite.”

The star says she felt like she had to play ball with the restrictive diet if she wanted to continue her music career.

“I was like, ‘Let me see how skinny I can get, because maybe then they’ll put out an album. Maybe I’m just so disgusting that no one wants to see me in a video and they can’t even look at me.’ That’s really what I thought.”

SINGER DUFFY SAYS SHE WAS RAPED, DRUGGED, HELD CAPTIVE FOR DAYS: 'I SURVIVED'

She continued: “I’m not angry for being looked at as a product, because as artists we are. I am speaking for probably every woman in this industry, you know that just your image and your weight is just up for conversation. It’s just uncomfortable. It’s hard enough being a woman.”

JoJo explained that around this time, she started to struggle with substance abuse.

“I’m sure a lot of us develop extreme insecurities and disordered eating and really unhealthy thinking about ourselves,” she said. “I felt that how I was must have been not enough. Must have been dissatisfying.”

“So I started getting really f---ed up, drinking, making out with strangers, looking for validation and attention and looking to feel pretty, looking to feel good, to feel worthy,” she told Uproxx, adding: “There were definitely nights that I stumbled out of clubs and that I blacked out. I was just completely reckless, did not care. I needed to be buzzed to feel okay. I would go to the edge, stand on my tiptoes on the edge and then come back.”

She went on to note that she ended her partying lifestyle after her father died in 2015 after struggling with addiction himself.

The singer was eventually released from her contract with Blackground Records in 2014 after a very contentious legal battle.