Former ‘Real Housewives of New Jersey’ star Joe Giudice is interested in a MMA career after his drastic weight loss.

Italy is one of the destinations listed for tourists to avoid traveling to amid the outbreak of the novel coronavirus, also known as COVID-19, and the country was also placed on lockdown on Tuesday -- and Joe Giudice is not happy about it.

The “Real Housewives of New Jersey” alum, 47, shared a video to his Instagram on Tuesday that showed the uninhabited streets of the town he’s called home since his release from prison, while he waits out the final decision of his looming deportation case in the U.S.

“I can’t believe that there’s literally nobody on the streets,” the reality star says as he pans the camera up and down the narrow cobblestone streets. “Look at this. Ghost town.”

“Literally nobody out because of this stupid coronavirus, it’s ridiculous,” he rants. “People are so scared. Unbelievable. Grow a set of cojones.”

“Jesus. Ridiculous,” he laments. “I guess I’m going to be the only one walking around working today.”

Giudice expounded on his stance in the caption of the post, placing blame on the local and national government in the region for the “ridiculous lockdown.”

“People here are frantic because government is ridiculous with 🔒down !!!! Sorry Lock down not for me Never again !!!!!” he wrote, referencing the 41-month prison bid he completed at a federal prison in Allenwood, Penn. “Stay safe 🌎 eat healthy, exercise, and no shaking hands . 👏! #coronavirus #staysafeoutthere #lockdownnotcool #awarenessiskey #washhands.” 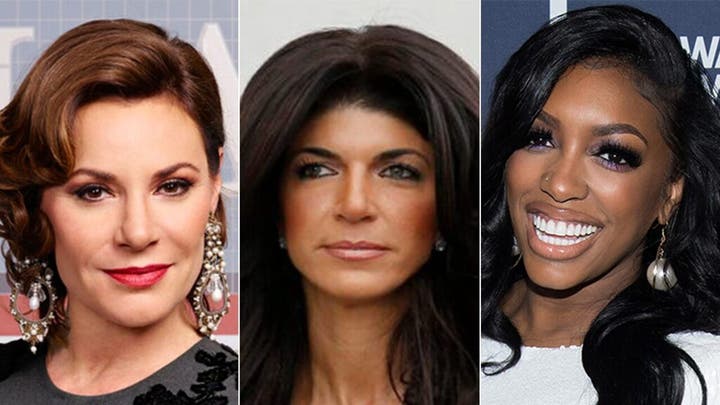 In the United States, the number of confirmed cases of coronavirus currently stands at 755, with the majority being seen in California, Washington and New York states. Each locale has declared a state of emergency in order to receive funding to combat the spread and levy treatment.

Funnyman and “America’s Got Talent” judge Howie Mandel, a known germ·o·phobe, is on record saying he’s simply “not inhaling,” while Sen. Ted Cruz, R-Texas, said on Sunday that he would be issuing a self-imposed quarantine after coming into contact with an attendee at last month’s Conservative Political Action Conference (CPAC) who has since tested positive for the coronavirus.

In the last 24 hours, Italy’s death toll has increased by 168, authorities said on Tuesday, bring the national number to a staggering 631.

The death toll stood at 463 in Italy on Monday evening -- with the number of cases in the country spiking 24 percent over the weekend, with at least 9,100 Italians infected with the COVID-19 virus. Calling it Italy's "darkest hour," Prime Minister Giuseppe Conte, prompted by those figures, announced the nationwide lockdown effective from Tuesday until April 3 on the entire population of 60 million.