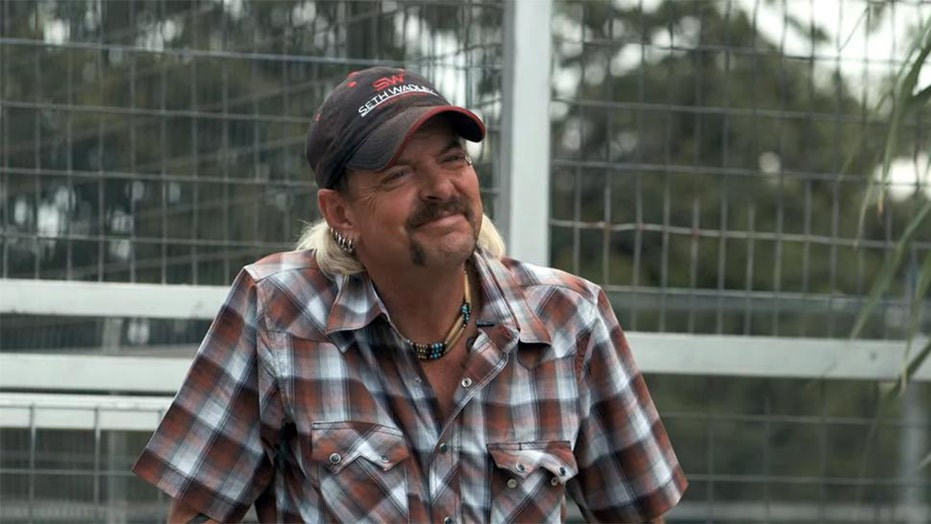 A new special centered on the life of "Tiger King" star Joe Exotic will attempt to answer the lingering questions from the six-part Netflix series that took the world by storm earlier this year.

“Joe Exotic: Before He Was King” is a prequel to the Joe Exotic story that ultimately found the former zoo owner and exotic tiger handler behind bars for charges related to animal abuse as well as conjuring a plan to kill his arch-nemesis and fellow big cat enthusiast Carole Baskin.

“The original docuseries had a lot of salacious details in there about what was taking place at the zoo and between Carol Baskin and Joe Exotic. But when it comes to Joe Exotic, it really only talked about what he was doing at the surface level but it never really answered why," Derrick Levasseur, investigator and producer for Investigation Discovery, told Fox News.

“This special is exactly what it sounds like. It's a prequel to 'Tiger King' and it attempts to answer why."

A new Investigation Discovery special centered on the life of 'Tiger King' star Joe Exotic will attempt to answer the questions left unturned during the six-part Netflix series that took the world by storm earlier this year. (Netflix/Tiger King)

Exotic’s life as a child, young teen, young adult and beyond will be put on full display and viewers will learn about some of the traumatic experiences that he experienced, which molded Exotic -- real name Joseph Maldonado-Passage -- into the person that viewers know him as today.

“There's a lot of things in there for me,” said Levasseur. “Some of the things that I found during my research, I was always wondering why I saw this guy at the zoo walking around with a gun on his hip like he was a cop. And during my research, which your viewers will see in the special, he was a police officer in Eastvale, Texas before he became the guy that we all know. And that, to me, was fascinating. And it really did answer the why he carried the gun."

Levasseur said that while he certainly understands the hype and mania surrounding the saga of Joe Exotic as the “Tiger King,” much of the allure Exotic carries -- paints him to be a charming and caring soul but at the end of the day, Exotic was still convicted and sent to prison for crimes that shouldn’t go forgotten.

“There is more bringing things back to reality because there's a lot of psychoanalysis in there about the inner workings of how your mind may do things because of traumatic experiences,” the investigator said of the special. “And I come in the episode a lot and just bring people back and say, ‘Listen, let's not forget Joe Exotic at the core is a criminal and he did a lot of things to helpless animals and tried to have someone killed, all for his own purposes.’”

Levasseur said uncovering the life of Exotic led him in many directions and through speaking with witnesses, law enforcement and those who knew Exotic – one thing was certain, Exotic’s life was far from steady before he developed both a love and hunger to breed tigers.

“Having experts on this special – two forensic psychologists, myself – talking about how things that happened in Joe Exotic’s life from coming out as a gay man, from losing his brother to using drugs, how they all contributed to the person we see today who is a criminal, I think we can all learn from that as a society and do things better so that people we love and may have gone through similar things don't end up in prison like him,” said Levasseur.

“That’s the angle I’m taking with this. Viewers will see there's no point in the show where I'm going to sit there and tell you this guy is a fascinating guy and he's entertaining. I always bring it back to reality,” continued Levasseur.

Joe Exotic is the main subject of ID's 'Joe Exotic: Before He Was King.' (Netflix)

Levasseur claimed that Exotic made certain life decisions based on happenings in his own life that were beyond him and out of his control. The journalist added that Exotic’s life became somewhat of an evolution into the criminal he would become despite Exotic’s deep everlasting love of animals.

“This is a guy who, like anyone, started off OK and a chain of events happened throughout his life that just kept compounding and probably made him more hollow as a person,” Levasseur explained, adding that Exotic “had a love for animals. He had a passion for animals.”

“Although I'm not a psychologist, I do believe there was some truth to the idea that [Exotic] really wanted to help them,” Levasseur pressed. “But like a lot of stories we hear about criminals, it starts off as something positive and genuine and just there's this temptation there's this opportunity there and some people avoid it, some people stay away from it. Joe Exotic did not.

"He dove in headfirst and it slowly evolved from this is about the animals to this is only about what's in it for me and how much money and fame I can get from it," Levasseur said. "And it's unfortunate because the ultimate victim here are the animals themselves.”

“Joe Exotic: Before He Was King” premieres September 28 at 10 p.m. EST on Investigation Discovery.