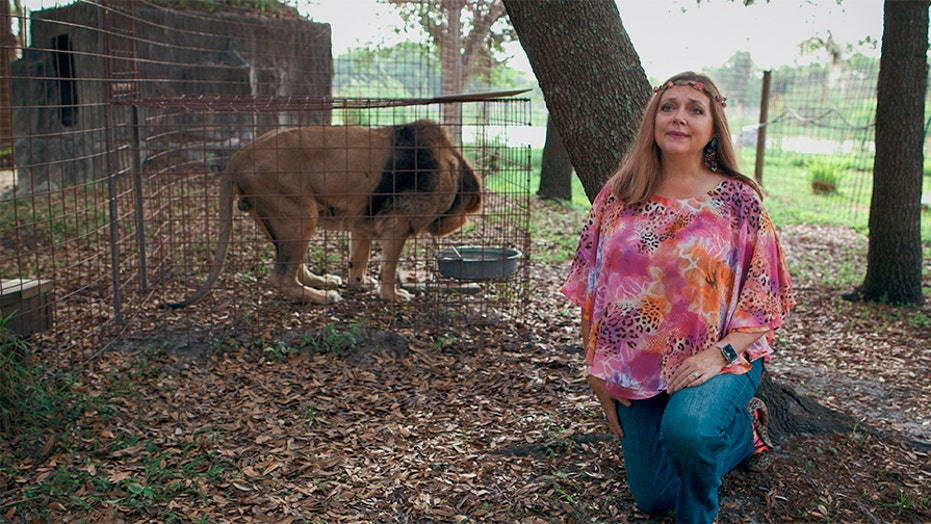 The story of “Tiger King” star Joe Exotic and his hunch that his rival Carole Baskin had an alleged hand in the disappearance and presumed death of her husband Don Lewis was taken up a notch on Sunday night during an Investigation Discovery special centered on the unanswered question of what happened to the tiger breeder and amateur pilot.

Jim Rathmann, a retired homicide investigator, told Fox News that cadaver dogs were brought in to aid in the search near one of Lewis’ lake houses and said he can’t possibly fathom what his family might be going through nearly 25 years after Lewis went missing.

“That area near the lake house is going to be explored further,” Rathmann said. “So there's a lot of information that we're going to reveal that that hasn't been heard and that a lot of people are going to be surprised when they see this thing.

Rathmann is leading an investigation to discover the truth, revealing new theories uncovered by private investigators, reliving Lewis’ final days and demeanor with those closest to him, and unpacking evidence exposed by criminal and legal experts in the ID special “Joe Exotic: Tigers, Lies and Cover-Up,” a three-part extravaganza that aired its first two on Sunday.

The ex-homicide investigator said the special will provide viewers “a great opportunity” to really let them be the jury, so to speak, on whether there is [Carole Baskin] involvement or not.”

“You know, it's amazing. 23 years this case was completely unheard of other than the very initial stages," Rathmann said. "Completely unheard of. And then everybody watched that Joe Exotic saga several months ago [on Netflix] and boom, this is on a worldwide stage. Everybody's focused on it."

“As an investigator, obviously, there's a lot of people watching and everybody wants their information and wants to know what's going on,” Rathmann said of the daunting quest to unearth answers into the Lewis’ disappearance.

“But you let the facts take you where you've got to go with the case itself. And unfortunately, we're 23 years late to the game so that presents a lot of challenges in an investigation. But we've been fortunate enough to overcome a lot of those hurdles and get some really revealing information that we're going to be able to display on this three-hour special.”

Baskin, a big cat enthusiast who is the archnemesis of Exotic, has maintained her innocence since Lewis went missing in 1997 and was declared dead.

She has since found herself as a contestant on the reality competition "Dancing With the Stars."

Carole Baskin and Pasha Pashkov perform on 'Dancing With the Stars.' (ABC/Eric McCandless)

“There were several people that actually have been holding onto information for many years, hoping that this day would come one way or another,” Rathmann said of the decades-long cold case. “So they reached out and I was able to gather a lot of these documents that they've had from 15, 20 years ago, which was quite amazing because a lot of that stuff you didn't think you'd be able to get access to.”

Rathmann said what he found over the course of his ongoing investigation was “very interesting.” He said he spoke with Trish Farr, the ex-wife of Lewis’ handyman Kenny Farr, and Rathmann learned that Baskin allegedly made property transfers to Kenny Farr “only one month and a few days after Don Lewis disappeared.”

“That was incredibly telling because nobody has known about this information until recently,” Rathmann explained, adding that he and his team are leaving no stone unturned.

“As crazy and as wild as this entire case is, almost anything can be a possibility at this point,” he said. “This has just been a wild one. As an investigator, you want to try to find those people that have firsthand knowledge of evidence that you can actually say ‘OK, you saw this with your own eyes. You heard this with your own ears. You have these documents yourself. You've physically seen it, etc.’”

He continued: “Those are the things that you look for and when you have an ex-spouse. Of course, the first logical part of it is, is this a vindictive ex-wife? But then when they start providing you documents and then you're able to confirm these documents, it's very eye-opening.”

"Carole did not 'give' Kenny valuable properties for $9,000 as the show implies," reads the statement. "Kenny wanted to try to get into the same kind of real estate business that Carole had done, i.e. renting out residential properties."

"The price he paid would be any down payment he made, which likely was very modest, and whatever mortgage Carole would have taken back that he was obligated to make payments on out of the rental income," it continued. "If he did not make the payments she would take back the properties."

"The other issue is assigning value. Some of these may have been properties worth far less than what might have shown up on tax assessment. The idea that this was some kind of 'payoff' to Kenny is nonsense," concludes the memo.

Rathmann maintained that despite how many feel one way or the other that foul play is involved in Lewis’ disappearance, what he and his team of investigators are able to reveal will allow viewers to make their own determinations about what might have happened.

“In an investigation, you have to let the facts drive the train. You have to let those facts take you to where it needs to go,” he said. ‘There are so many theories but a lot of theories can be disproved very quickly. And then there are some theories where you go, ‘You know what? This is very plausible. It's possible that this could have happened this way,’ and you investigate further which is amazing. So we actually will disprove some of the theories and be able to reveal some new information on what is more possible that could have happened.”

Punctuated throughout the three-part special are interviews with those in Joe Exotic’s inner circle, including his husband Dillon Passage and members of “Team Tiger,” a group working to free Exotic -- real name Joseph Maldonado-Passage – from jail. Beyond the controversial missing person investigation, the special also explores the criminal case against Joe Exotic.

“We actually work very closely with ‘Team Tiger,’ Joe's actual current legal team that's working on the appeals process and trying to get him a new trial or a pardon,” said Rathmann. “I feel that they want to hold some of those cards close to the chest, being out of active appeals process that they're going through with some very credible information that's come to light.”

Rathmann said entertainment value aside, the bizarre nature of the entire saga connecting Exotic, Baskin, Lewis and all of the players from the “Tiger King” realm is what keeps his interest in the case at an all-time high, especially with so many unanswered questions for Lewis’ family and loved ones.

“What I think is so great about this particular special is that it's actually uncovering a real investigation with a family that is truly hurting and looking for answers,” he lamented. “When you watched what happened several months ago and was put on a worldwide stage a lot of what wasn't shown was the human aspect of it and what Don Lewis' family was going through.”

“You know, he has beautiful daughters and a lot of people that love and care for him and you don't get to see that in the show,” continued Rathmann. “And with this, you're going to see an actual investigation that is going to be factually driven with the information that's revealed with documents and interviews and firsthand accounts.”

“There's a family that truly is suffering and needs answers for what happened,” said Rathmann. “I can't imagine what it must have been like for them to go 23 years and not have a clue what has ever happened to their father or their loved one. No clue whatsoever. They haven't had a place to go where they can memorialize their father or have that closure. I just think it's incredibly important that they get just that.”