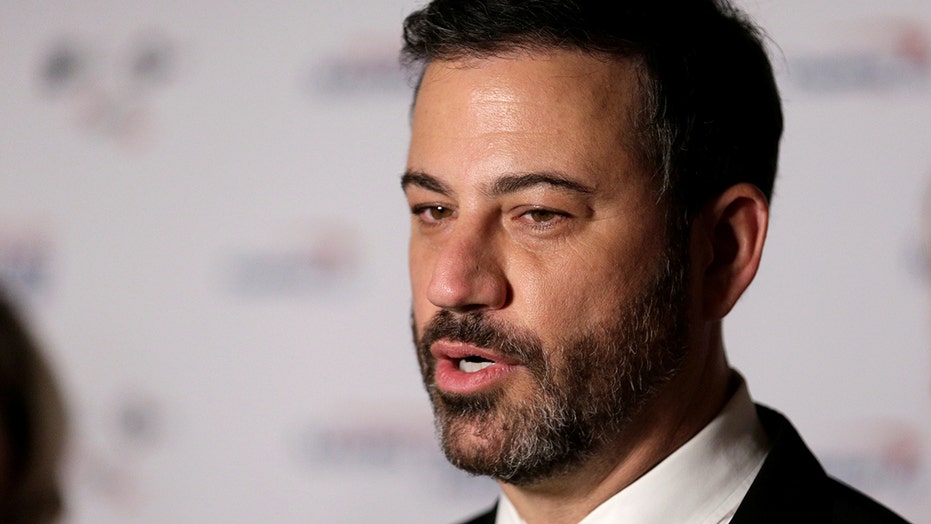 Jimmy Kimmel issued a backhanded apology on Friday after airing an edited clip of Vice President Mike Pence delivering empty boxes of PPE to a hospital.

The ABC late-night host mocked Pence during his Thursday night monologue after showing a clip of a maskless Pence pretending to "carry empty boxes of PPE."

Kimmel drew viewers' attention to audio from the clip, where Pence asks his team if he can carry the boxes "just for the camera."

Jimmy Kimmel is under fire for airing a misleading clip of Mike Pence delivering 'empty boxes of PPE' to a hospital. (AP)

“Here he is with no mask on, wheeling boxes of PPEs into a health care center, and doing his best to lift them, what a hero… since it was going so well, and also because he didn’t realize he had a mic on, Magic Mike decided to keep it going, listen in closely here,” Kimmel said before playing audio from the C-SPAN footage.

Kimmell called it a "perfect metaphor for who [Pence] is and what he's doing." The clip was shared on Twitter and attracted over 2.7 million views.

But Buzzfeed News deputy director David Mack pointed out that Kimmel did not air the full video, which shows Pence was simply teasing staffers about the boxes being empty.

“This isn't true. The clip cuts out at a selective point. When you watch the CSPAN footage (9 min in), Pence makes the crack about carrying the empty ones and the guy says ‘Absolutely. They're a lot easier!’ Pence laughs then immediately shuts the van door,” Mack wrote, adding a link to the CSPAN footage.

“Pence and the other officials lift boxes that clearly weigh something (i.e. contain things). Pence returns to the car, makes the empty box comment with a smirk, guy responds with crack of his own, they laugh, Pence closes door,” Mack added.

The BuzzFeed director said Kimmel removed the clip from Twitter once he was called out for the error.

He addressed the gaffe on Friday in a half-hearted apology.