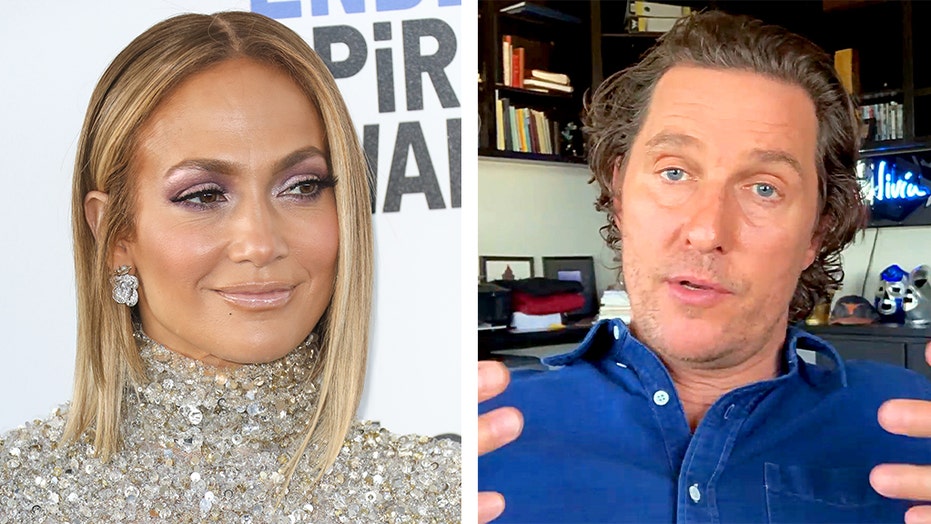 Jennifer Lopez and Matthew McConaughey are taking a stroll down memory lane.

This past Thursday, Lopez, 50, shared a clip from the 2001 film "The Wedding Planner," starring herself and McConaughey.

In the clip, her character, Mary, tearfully opened up to McConaughey's Steve about feeling like she's not "enough." Steve assured her otherwise.

"You are enough," Lopez wrote alongside the video, also tagging the "Dallas Buyers Club" star.

McConaughey, 50, responded in the comments, writing, "You are more than enough."

In a separate post, McConaughey shared a video, in which he spoke on his experience filming the movie, and gushed over his co-star.

"Jennifer was already cast, they were looking for the male lead. I think we were coming up against a writer strike," the actor said in the video. "So, what that means is that the industry was trying to get as many movies made as quickly as possible because of the possibility you wouldn't be making any movies. There would be sort of a strike where you couldn't make any movies."

McConaughey continued, explaining that he remembered that specific detail because he "got paid extremely well."

He said, "A lot of fun making that. Jennifer -- and she's still doing it -- I always called her a quad threat. What does she not do? That girl works her backside off, man. She does not just show up and wing it at all."

The star offered Lopez even more praise, recalling her precision in filming scenes.

"She's like clockwork," McConaughey said. "Just hammers it, knocks it out."

Lopez retweeted the video and wrote, " @MatthewMcConaughey let's do it again soon!"