Jennifer Lopez recently celebrated her 50th birthday in Miami, and the festivities were capped off with a huge gift from her fiance Alex Rodriguez: a brand new Porsche.

In a new video posted by the former New York Yankee, titled "My Birthday Surprise for Jennifer," Rodriguez documents how the extravagant gift came to be, and revealed that JLo's twin daughters, Natasha and Ella, were also in on the surprise from the very beginning. Rodriguez also mentioned early in the video that her wife-to-be hasn't gotten behind a wheel in over two decades.

"The irony is we're gonna buy her a car, but she hasn't driven in 25 years," A-Rod said in the video.

The new video details the very special care Rodriguez put into his plan, including shots of him meticulously rehearsing how the $140,000 red Porsche 911 GTS convertible would roll up in front of the "Let's Get Loud" artist. When it was finally time for the big reveal, Rodriguez put a blindfold on Lopez to further heighten the singer's anticipation.

Lopez's children eventually pulled up in front of the singer's house in the new Porsche, which was adorned with a big yellow ribbon, and was backed with a custom license plate reading "JLo." When the star lifted off her blindfold, she reacted with deep shock, and gratitude for Rodriguez.

The couple then took the new car for a ride around the Miami neighborhood, which was a learning curve for Lopez. "Let's see if I remember how to drive," she told her fiance.

Luckily, the "Hustlers" star was able to commandeer the vehicle without much difficulty, and the rest was history. "You've given me my independence back," Lopez told Rodriguez behind the wheel.

The expensive birthday gift was only part of a much larger celebration for J-Lo, which included a massive birthday bash at Gloria Estefan's house on Star Island, which included nearly 250 guests. According to Page Six, the Bronx-born singer’s party had a gold theme, complete with golden orbs, lounge furniture and a large golden bar.

A-Rod posted a glimpse into the huge celebration last week on Instagram, which shows Lopez leaning over the DJ's table, as dozens of guests feverishly bounced up and down.

Rodriguez himself also celebrated his 44th birthday last week, when Lopez surprised her on-camera during one of his regular broadcasts on ESPN. The singer also honored her fiance's big day by stopping a concert to celebrate the occasion, bringing out a four-tier, Swarovski crystal-encrusted cake.

If these recent celebrations have taught us anything, it's that J-Lo really knows how to party. 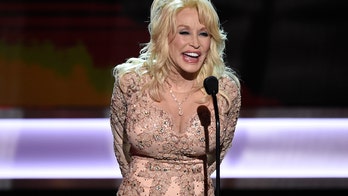 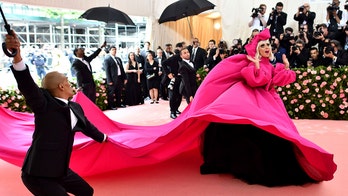