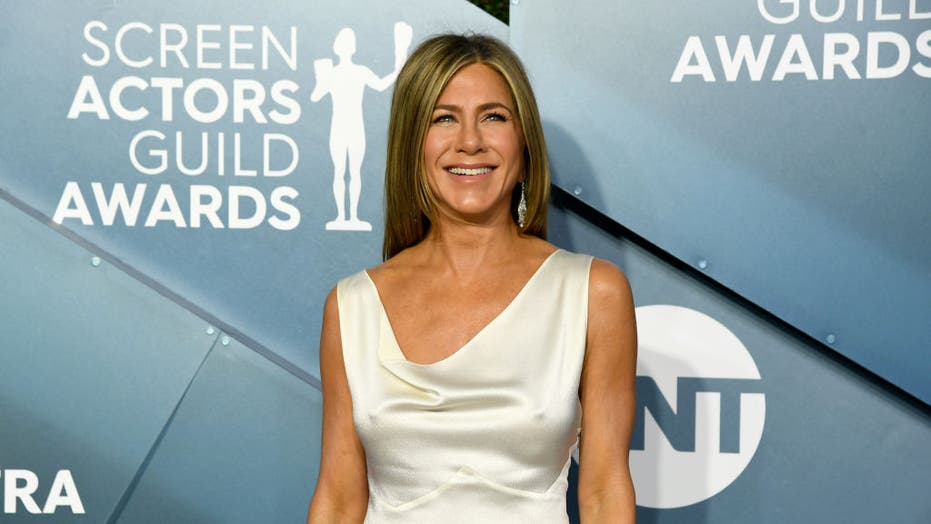 If reuniting with her ex Brad Pitt wasn't enough to keep her fans excited this week, Jennifer Aniston just dropped some major news about her love life.

While guest hosting "The Ellen DeGeneres Show" with Will Ferrell on Friday, the 50-year-old award-winning actress participated in the show's popular "burning questions" segment, where she spilled never-before-heard details about men from her past.

During the game, the "Morning Show" star and "Anchorman" actor, 52, were asked to reveal their first celebrity crushes. Aniston didn't hesitate to answer.

Also in the segment, Aniston revealed who her first kiss was. Unfortunately for fans, it could take a lifetime to figure out his true identity.

"Mine was with a young man named Christian," the Golden Globe winner told Ferrell.

The Hollywood stars were also asked about the craziest rumor they had heard about themselves. Ferrell recalled a report that once claimed he died in a hang gliding incident, while Aniston quipped, "I don't have time for this."

Aniston's appearance on Ellen comes days after the Apple TV actress and Pitt, 56, sparked a media frenzy over their touchy-feely reunion backstage at the SAG awards.

The "Friends" actress also turned heads in a satin white dress that left little to the imagination.