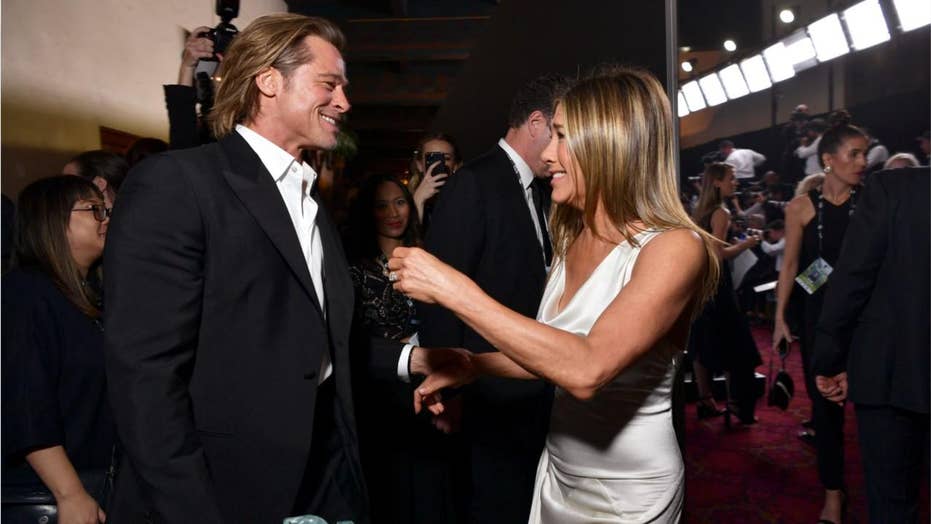 Jennifer Aniston's reaction to ex-husband Brad Pitt at the SAG Awards wasn't the only reason why the "Friends" actress made headlines at the Sunday night show.

Aniston took home the award for outstanding performance by a female actor in a drama series in Apple TV's ''The Morning Show.''

Aniston confidently walked the red carpet in the silky dress and her appearance quickly lit up Twitter when eagle-eyed fans pointed out the outfit left very little to the imagination.

"Jennifer Aniston wearing a white dress with no bra while Brad Pitt is in the room is the mood I’m going for in 2020," one person tweeted.

"I wonder if Jennifer Aniston knows how visible everything is in that dress," wrote another.

"can see jennifer aniston’s nipples thru her dress not sure how to feel," one person noted.

"I know way too much about Jennifer Aniston's breasts thanks to her dress."

Later in the night, Aniston and Pitt were snapped backstage looking happy as ever as they reunited to talk about their respective SAG Award wins. In one photo of their backstage chat, both are smiling as Aniston speaks to her ex while touching his arms. Another photo shows him holding onto her wrist as she walks away with her hand on his chest.