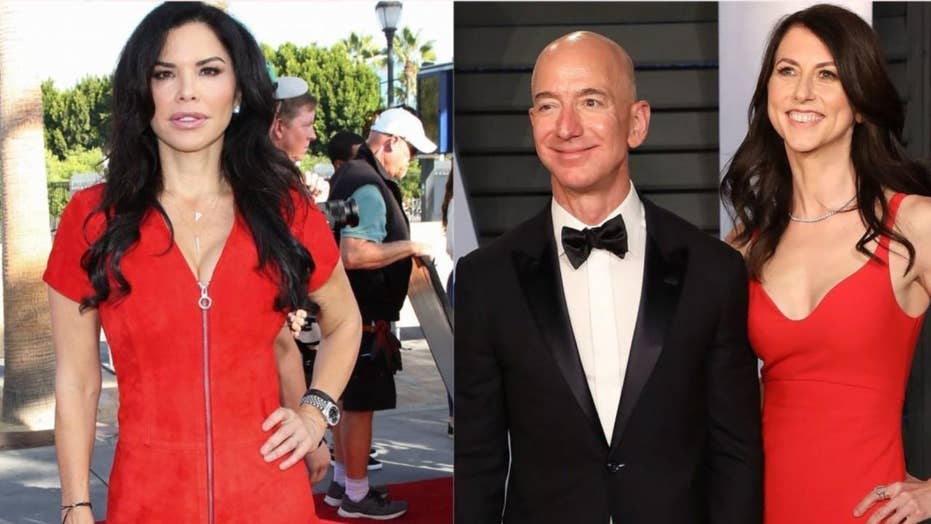 If the brunette bombshell looks familiar to you, it's because you've probably seen her on the silver and small screens before.

AMAZON'S JEFF BEZOS HAS NO PRENUP, $67B ON THE LINE: REPORT

She's also appeared on "The View" as a guest co-host, as well as in the movies "The Longest Yard," "The Day After Tomorrow," "Ted 2" and "Fight Club."

JEFF BEZOS DIVORCE BEGS THE QUESTION: IS THERE A RIGHT WAY TO DIVORCE?

Sanchez, a licensed helicopter pilot, has also worked as an aerial filming consultant on movies including Christopher Nolan's "Dunkirk."

In 2017, she told The Hollywood Reporter that she believes aerial filming is her calling.

"I had my job, I had a career, and then I found a calling," she said. "I loved entertainment and I loved filming, and so I got to combine all of it."

She added, "I want to be in a helicopter all the time. Life can be so chaotic with so much going on. Lift off and you're in an energy space that no one else is in. It's calming. When I'm up there, I'm completely satisfied. I'm like, ‘'this is where I need to be.' "

AMAZON'S JEFF BEZOS HAS NO PRENUP, $67 BILLION ON THE LINE: REPORT

Sanchez has appeared on "The View" as a guest co-host. (Getty)

On Wednesday, Bezos and his wife of 25 years, MacKenzie, announced they're divorcing.

"We want to make people aware of a development in our lives. As our family and close friends know, after a long period of loving exploration and trial separation, we have decided to divorce and continue our shared lives as friends," Jeff and MacKenzie Bezos wrote in a joint statement.

Sanchez was in the movies "The Longest Yard," "The Day After Tomorrow," "Ted 2" and "Fight Club." (Photo by SGranitz/WireImage)

The Washington Post owner and his estranged wife reportedly do not have a prenuptial agreement, putting his $137 billion net worth at stake in their split.

Sanchez and Whitesell married in 2005 and share two children. They reportedly officially separated in the fall.