Jeff Bezos and his wife MacKenzie are divorcing after 25 years of marriage, the Amazon CEO and Washington Post owner has announced, potentially leading to the costliest divorce settlement in history with $137 billion at stake.

The richest man in the world, currently worth about $137 billion, according to Bloomberg, made the divorce announcement on Wednesday on his Twitter.

“We want to make people aware of a development in our lives. As our family and close friends know, after a long period of loving exploration and trial separation, we have decided to divorce and continue our shared lives as friends,” read the statement signed by both of them.

The split could lead the costliest divorce is history, even if the couple doesn’t divide the money equally. There are no reports indicating the couple has a prenuptial agreement, meaning the wealth accumulated during their marriage would have to be split evenly.

Bezos also became a millionaire only in 1997 – four years after they got married. MacKenzie reportedly was one of the first Amazon’s employees.

Experts say that it’s unlikely MacKenzie will gain control of Amazon after the divorce, with the divorce agreement mostly focusing dividing the family’s personal wealth.

“This seems to be the most amicable and cordial relationship that split up, which leads me to believe whatever the agreement is going to be, it will purely be financial and beneficial,” Juda Engelmayer, a crisis management expert and president of HeraldPR, told Fox News.

“It’s not going to be the control of the company,” he continued. “Will it affect his personal wealth and split it in half? Quite possibly,” he added, though noted that a lot of the Bezos’ wealth is tied to Amazon’s performance.

"Will it affect [Jeff Bezos'] personal wealth and split it in half? Quite possibly."

Bezos first met his wife in New York after interviewing her for a research job at a hedge fund, where he worked as vice president, MacKenzie told Vogue magazine in 2013.

“My office was next door to his, and all day long I listened to that fabulous laugh. How could you not fall in love with that laugh?” she told the magazine.

They got engaged after three months of dating and eventually got married in 1993. Together with his new wife, he shortly left his job on Wall Street and resettled in Seattle where he founded Amazon, initially an online bookstore. 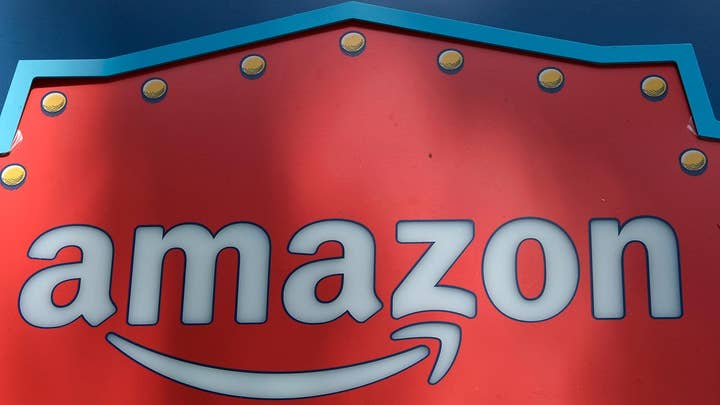 Their marriage lasted 25 years and they are parents to four children, including three sons and one daughter who was adopted from China.

“We feel incredibly lucky to have found each other and deeply grateful for every one of the years we have been married to each other. If we had known we would separate after 25 years, we would do it all again,” the statement added.

“We've had such a great life together as a married couple, and we also see wonderful futures ahead, as parents, friends, partners in ventures and projects, and as individuals pursuing ventures and adventures. Though the labels might be different, we remain a family, and we remain cherished friends.”

Amazon has been deemed the most valuable company in the world, worth nearly $810 billion. In September, it briefly surpassed the trillion-dollar valuation. It valued $20 billion more than Microsoft.