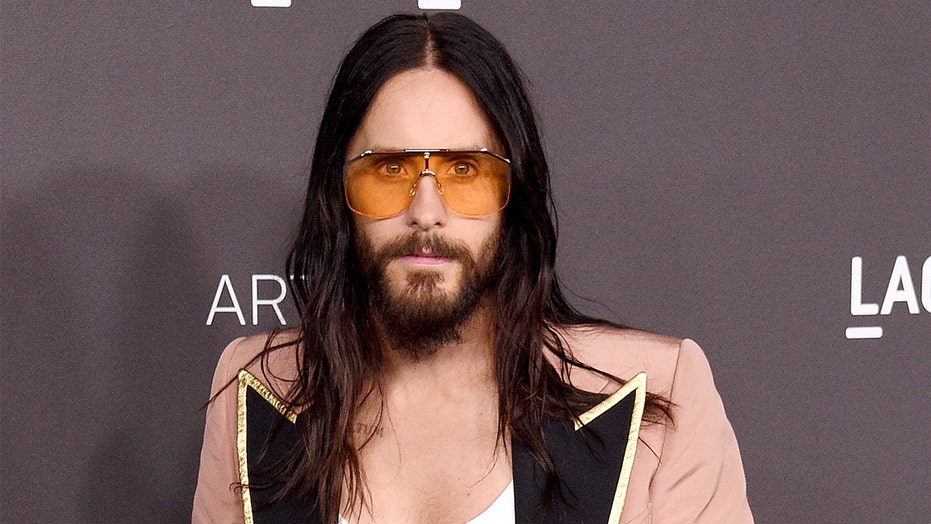 Jared Leto is reflecting on a terrifying moment in his life.

The 48-year-old actor took to social media on Friday where he revealed he "nearly died" while rock climbing with Alex Honnold, the subject of the 2018 documentary "Free Solo."

"Not to sound dramatic, but this is the day I nearly died," Leto began the caption of his post. "Took a pretty good fall climbing with @alexhonnold at Red Rock.

"Looked up and within seconds the rope was being cut by the rock while I dangled some 600 ft in the air," the "Suicide Squad" star continued. "I remember looking down at the ground below. It was a strange moment - less fear, more matter of fact, and slightly melancholy. The adrenaline came after, when I got back on the wall."

Thankfully, they "made it through and lived to see another day," Leto said.

Looking back at that moment, the star added "overall it was actually quite fun" and the pair "continued climbing into the night."

The actor also shared two photos: one close-up picture of himself climbing and another snapshot of a visibly-frayed climbing rope.

Leto posted a video of the incident as well. “Holy f-----g s--t! Holy f--k!" he said in the clip, which shows Leto holding the damaged rope.

“It was fraying right at the point," he noted.

During a 2018 appearance on "Live with Kelly and Ryan," Leto also spoke about the scary incident. "I took a fall and the rope as I swung out over 600 feet, the rope [...] was being cut by the rock."