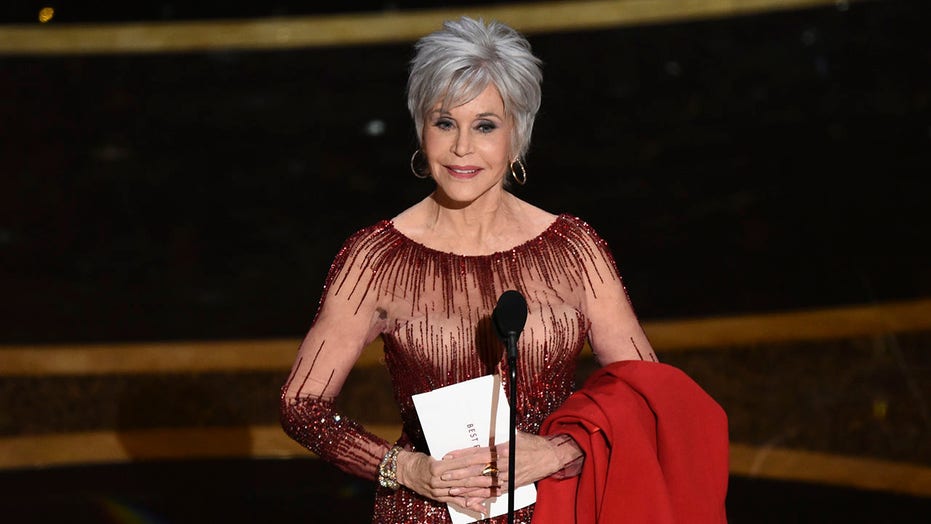 Jane Fonda has officially taken herself out of the dating pool.

The “Grace and Frankie” star spent much of the past in a relationship, but at 82 she has no plans of getting into another commitment.

“[That part of my life] is gone. I can tell,” Fonda told The Guardian in a recent interview.

JANE FONDA, 82, SAYS SHE USES WEED PEN TO HELP HER SLEEP BECAUSE IT'S 'BETTER' THAN PILLS

Jane Fonda presents the award for best picture at the Oscars on Sunday, Feb. 9, 2020, at the Dolby Theatre in Los Angeles (AP Photo/Chris Pizzello)

The actress added that she’s “extremely happy” on her own.

She later dated record producer Richard Perry from 2009 to 2017.

JANE FONDA REVEALS SHE HAS ‘GREAT REGRET’ ABOUT NOT SLEEPING WITH MARVIN GAYE: ‘I WAS MARRIED’

Recently, Fonda opened up about past sexual encounters and missed opportunities in a discussion with a New York Times reporter.

“Who I do think about, and what is a great regret, is Marvin Gaye,” Fonda admitted.

The reporter initially asked the Oscar winner if she regretted not having sex with Che Guevara, to which she responded, “No, I don’t think about him.”

As far as her encounter with Gaye, she said, “He wanted to and I didn't.”

JANE FONDA SAYS SHE'S DONE WITH PLASTIC SURGERY: 'I'M NOT GOING TO CUT MYSELF UP ANYMORE'

Fonda added: “I was married to Tom [Hayden]. I was meeting a lot of performers to try to do concerts for Tom and the woman who was helping me do that introduced me to Marvin Gaye.”

The “Book Club” actress also seemingly has regrets about having a sexual encounter with her co-star Marlon Brando in the 1966 film “The Chase.”

Fonda called the experience “disappointing” before adding that she still thought of Brando as a “great actor.”

In addition to quitting dating, the climate change activist revealed she decided to stop getting plastic surgery after years of succumbing to the pressure of appearing youthful for Hollywood.

"I can't pretend that I'm not vain, but there isn't going to be any more plastic surgery," Fonda told Elle Canada in February. "I'm not going to cut myself up anymore."