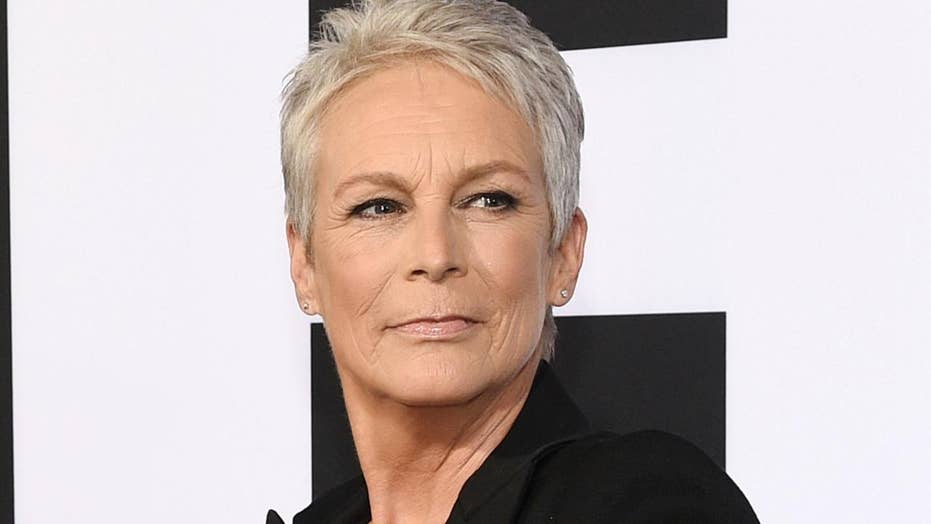 Jamie Lee Curtis is remembering her late father Tony Curtis on the ninth anniversary of his passing.

The actress took to Instagram on Sunday to share a portrait of the Hollywood star as she referenced his 1957 film “Sweet Smell of Success.”

The “Some Like It Hot” actor passed away at his Las Vegas home in 2010 at age 85 from cardiac arrest.

“My father leaves behind a legacy of great performances in movies and in his paintings and assemblages,” Curtis said in a statement at the time of his death. “He leaves behind children and their families who loved him and respected him and a wife and in-laws who were devoted to him. He also leaves behind fans all over the world."

Actor Tony Curtis smiling at infant daughter Jamie Lee, who is sitting in an infant seat and is responding gleefully to his attention, at home. (Allan Grant/The LIFE Picture Collection via Getty Images)

Tony’s first wife was actress Janet Leigh of “Psycho” fame. Curtis is their daughter. Tony and Leigh were married from 1951 until 1962.

In October 2018, Curtis opened up to People magazine about her secret addiction to opioids that she hid for 10 years after it began in the late ‘80s.

The actress attended her first recovery meeting in February 1999. It was the same day when she told her husband of 33 years, actor-director Christopher Guest, about her private battle.

“I’m breaking the cycle that has basically destroyed the lives of generations in my family,” Curtis told People. “Getting sober remains my single greatest accomplishment… bigger than my husband, bigger than both of my children and bigger than any work, success, failure. Anything.”

The outlet revealed Curtis has been sober for nearly 20 years and continues to attend meetings where she offers support to others still struggling with addiction.

After Tony’s fame began to fade in the late ‘60s, he began taking on lesser roles. Struggling to find work, he fell into drug and alcohol addiction.

Actress Marilyn Monroe and co-stars (left) Tony Curtis and (right) Jack Lemmon pose for a publicity still for the United Artists movie 'Some Like It Hot' in 1959 in Los Angeles, California. (Photo by Michael Ochs Archives/Getty Images)

"From 22 to about 37, I was lucky," Tony told Interview magazine in the 1980s, "but by the middle '60s, I wasn't getting the kind of parts I wanted, and it kind of soured me. ... But I had to go through the drug inundation before I was able to come to grips with it and realize that it had nothing to do with me, that people weren't picking on me."

He recovered in the early '80s after a 30-day treatment at the Betty Ford Center in Rancho Mirage.

"Mine was a textbook case," he said in a 1985 interview. "My life had become unmanageable because of booze and dope. Work became a strain and a struggle. Because I didn't want to face the challenge, I simply made myself unavailable."

Jamie Lee Curtis with her father Tony Curtis at a screening of "Streets of Fire" in Beverly Hills, 29th May 1984. (Photo by Ron Galella/Ron Galella Collection via Getty Images)

Tony took a fatherly pride in daughter Jamie Leigh's success. They were estranged for a long period, then reconciled.

"I understand him better now," she previously said, "perhaps not as a father but as a man."