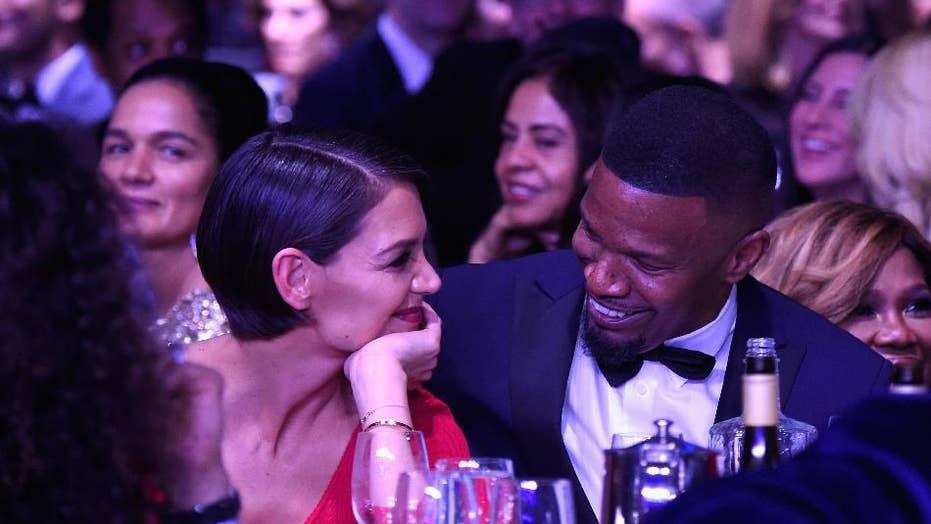 Katie Holmes and Jamie Foxx finally made their official debut as a couple at the 2019 Met Gala.

Jamie Foxx was overheard updating a pal on his relationship with Katie Holmes at a recent event.

“[He said] things are going swimmingly,” said our eavesdropper.

The source added, “They’re making [long] distance work, and they are stronger than ever.”

Foxx lives in LA, while Holmes lives in New York.

Their relationship has long been one of Hollywood’s worst-kept secrets.

Foxx was at Corkcicle’s Rosé Day LA celebration at Saddlerock Ranch in Malibu.