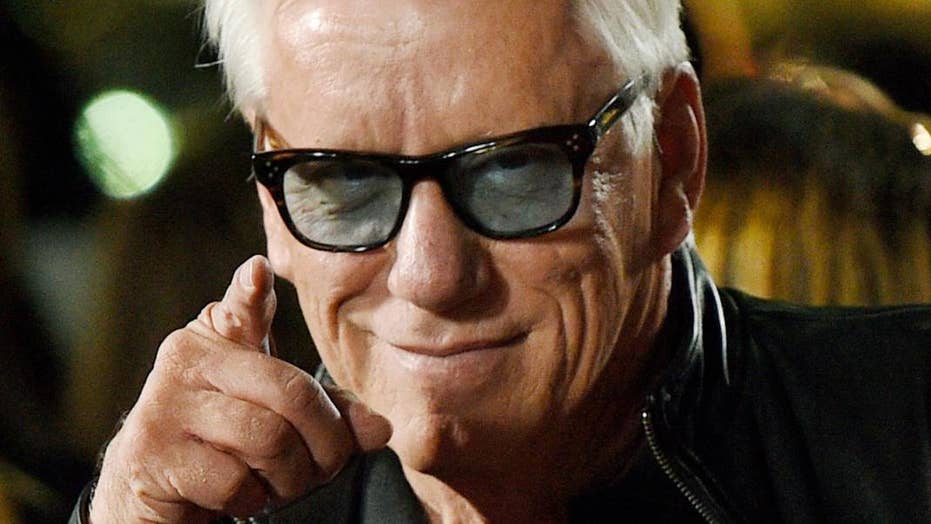 Outspoken actors, James Woods, found out through email that his talent agent dropped him on the Fourth of July because he was feeling 'patriotic.'

James Woods has been dropped by his talent agent — and he was delivered the news in an email sent during the Fourth of July holiday.

The Oscar-nominated actor shared a screenshot of the email with the subject line “Well…” on his personal Twitter account Thursday.

The talent agent, Ken Kaplan, said that he’d come to the decision to no longer represent the outspoken conservative star because he was “feeling patriotic.”

“It’s the 4th of July and I’m feeling patriotic,” Kaplan wrote. “I don’t want to represent you anymore. I mean I can go on a rant but you know what I’d say.”

Woods tweeted his response to Kaplan, describing him as a “political liberal.”

“Dear Ken, I don’t actually. I was thinking if you’re feeling patriotic, you would appreciate free speech and one’s right to think as an individual,” Woods replied.

“Be that as it may, I want to thank you for all your hard work and devotion on my behalf. Be well.”

While Kaplan did not explicitly say in the email that his decision to sever ties was over Woods’ personal politics, it does come after the 71-year-old actor revealed last October that he was retiring because he was “blacklisted” from Hollywood due to his conservative views.

“While #Liberals scream about the 50's blacklist, my #Repub actor friends are terrified of losing their ability to provide for their families,” he once tweeted.

The “Casino” star also revealed he was a Democrat for years until President Bill Clinton’s impeachment, to which he said, “Every single #Democrat without exception stood behind a convicted perjurer. That was the end.”

In addition to two Academy Award nominations, Woods has received three Emmy Awards throughout his 30 year-plus film career. The veteran actor has starred in the Showtime series "Ray Donovan" and "Family Guy" (as himself) and recently voiced the role of Lex Luthor in the animated TV show "Justice League Action."