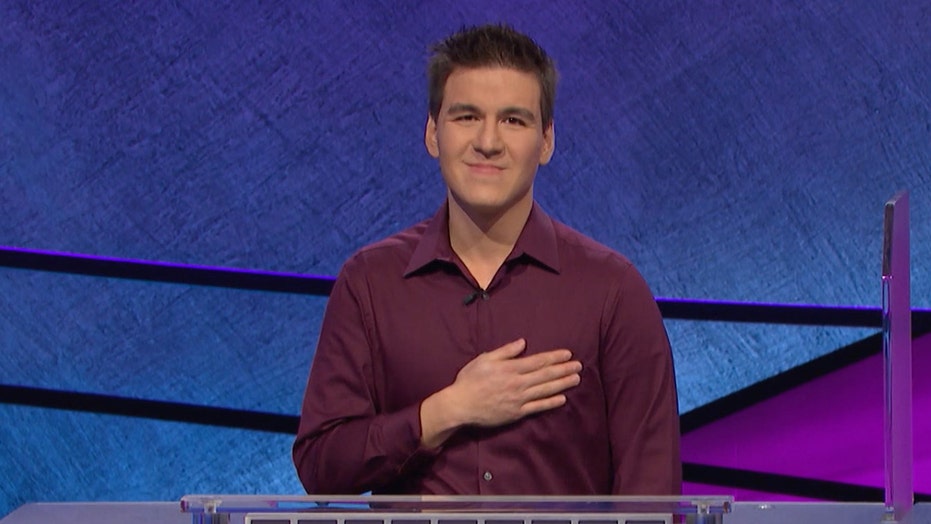 James Holzhauer got the last laugh.

The “Jeopardy” whiz, who won 32 regular games in a row over the summer, took home the $250,000 grand prize in the storied game show’s Tournament of Champions Friday night — besting the contestant who ended his streak in the process.

Over the two-night final, Holzhauer — a 35-year-old professional gambler from Las Vegas — faced off against Emma Boettcher, a 27-year-old librarian from Chicago who famously beat him on June 3, and Francois Barcomb, a 50-year-old physics teacher from New Paltz, NY, who won the Teachers’ Tournament.

On Thursday night, at the end of the first half of the Tournament of Champions final, Holzhauer led with $49,326, while Boettcher trailed with $26,400 and Barcomb tallied $1,800.

Holzhauer, who has talked jokingly about “payback” in promotional videos posted on Twitter, complimented erstwhile foe Boettcher on her performance in the finals.

“I’ve said all along that Emma is an all-time great player, and I’m proud it took that level of competitor to defeat me,” Holzhauer said in a statement. “Now the world sees that I wasn’t just making excuses. Francois certainly looked as dominant as either of us in his first two games, so I knew the finals would be a fight to the finish. But the whole point of the TOC is to play the best of the best, and Emma and Francois certainly proved that they belonged in the final three.”

'JEOPARDY!' TEEN WINNER HONORS ALEX TREBEK, DONATES $10G TO CANCER RESEARCH: 'I WAS INSPIRED TO GIVE'

Boettcher nabbed the Tournament of Champions second-place pot, $100,000, essentially doubling her regular-season earnings, and Barcomb left the stage with an additional $50,000 in his wallet.

Holzhauer has donated to various charitable causes with his regular-season winnings and continues to work as a sports gambler. In 2012, Holzhauer, 35, married Melissa Sassin; together, they have a 5-year-old daughter, Natasha, whom he often references in ways explicit (once showing the audience a card she drew) and subtle (using a variation of her birthdate as a wager).

It was an emotional tournament for legendary host Alex Trebek, who is fighting stage 4 pancreatic cancer. In a semifinal round earlier this week, Dhruv Gaur of Brown University (who won the College Tournament last year), scrawled a touching note on his podium screen during Final Jeopardy. Trebek, 79, choked up and held back tears when he read Gaur’s answer: “What is ‘We [love] you, Alex!,’” with a heart standing in for the word “love.”