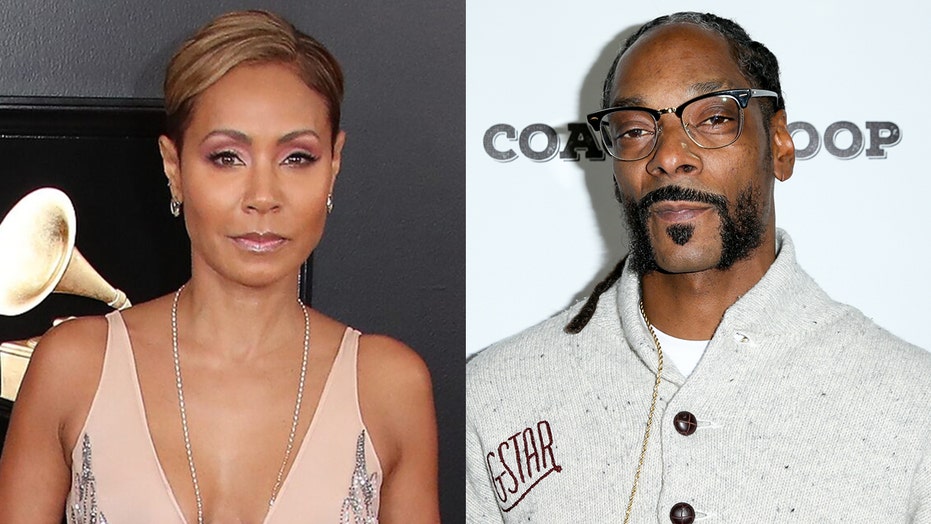 Jada Pinkett Smith is taking Snoop Dogg to task over comments he made about Gayle King following Kobe Bryant’s death.

In a preview for an upcoming episode of her Facebook Watch series “Red Table Talk,” Smith asks the rapper to answer for derogatory comments he made about the CBS journalist when she brought up the NBA player’s previous allegations of sexual assault.

“When you first came out and you said what you said, you know in regards to Gayle, my heart dropped,” Pinkett Smith says in the clip. “I felt like not only were you talking to Gayle, but you were talking to me.”

The actress was joined by not only Snoop but her daughter Willow and mother Adrienne Banfield-Jones as well.

“I was like, ‘Oh no! Snoop has now taken his power flow away from me, away from Willow, away from my mother… right?” Smith continued. “I was like, ‘Not Snoop.’ And so that’s one of the reasons why I felt like I really wanted to have this conversation with you in the spirit of healing.”

Although Snoop doesn’t speak in the clip, he nods in agreement, looking contrite.

The drama began after King interviewed former WNBA player Lisa Leslie about Bryant's death in a helicopter crash that claimed the lives of all nine passengers on board, including Bryant's daughter Gianna.

“It’s been said that [Bryant's] legacy is complicated because of a sexual assault charge, which was dismissed in 2003, 2004. Is it complicated for you as a woman, as a WNBA player?” King asked in a “CBS This Morning” interview.

SUSAN RICE TELLS SNOOP DOGG TO 'BACK THE **** OFF' GAYLE KING AFTER RAPPER'S PROFANE VIDEO; HE LATER DENIES MAKING THREAT

Snoop Dogg responded by calling out King on Instagram after the interview and appeared to threaten the anchor if she didn't "back off."

Snoop Dogg issued an apology to Gayle King after publicly deriding her over comments she made about Kobe Bryant. (SeanZanniPatrickMcMullanviaGetty)

“We expect more from you Gayle," he said in a video message. "Respect the family and back off, b----, before we come get you.”

Snoop later apologized to King publicly in a video message on Instagram.

“Two wrongs don't make no right. When you're wrong, you gotta fix it," the artist explained.

"So with that being said: Gayle King, I publicly tore you down by coming at you in a derogatory manner based off of emotions... Me being angry at questions that you asked. [I] Overreacted. Should have handled it way different than that. I was raised better than that. So I would like to apologize to you publicly for the language that I used and calling you out of your name and just being disrespectful," he continued.

"I didn't mean for it to be like that. I was just expressing myself for a friend that wasn't here to defend himself. A lot of people look up to me and they love me and they appreciate me, so I want to let them know that anytime you mess up, it's OK to fix it, it's OK to man up and say that you're wrong. I apologize. Hopefully, we can sit down and talk privately. Have a good day," he added.

King told The Associated Press on Wednesday that she accepts Snoop Dogg's apology.

"I accept the apology and understand the raw emotions caused by this tragic loss," she said in a statement.

"As a journalist, it is sometimes challenging to balance doing my job with the emotions and feelings during difficult times," King added. "I don't always get it perfect but I'm constantly striving to do it with compassion and integrity."