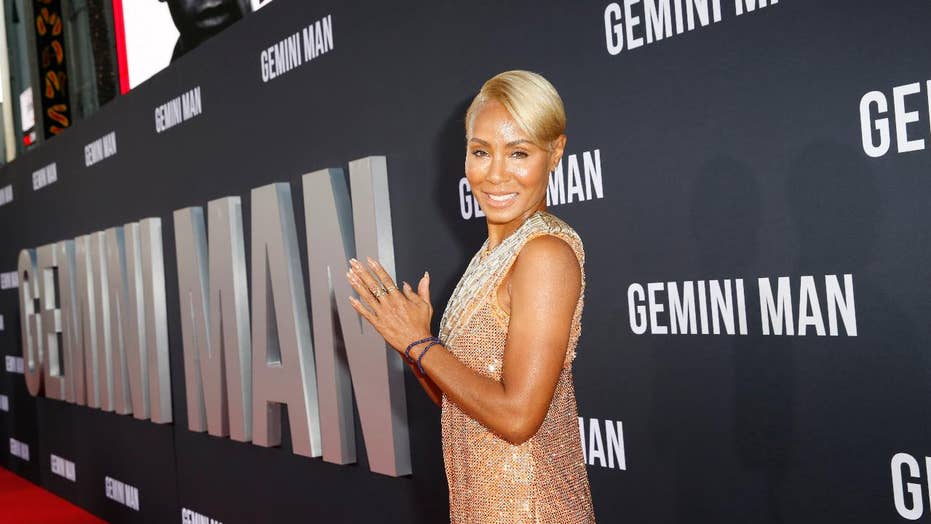 Jada Pinkett-Smith recalled her family's terrifying encounter with Child Protective Services (CPS) on her Facebook series, 'The Red Table Talk.' She revealed that CPS showed up to their family's home to investigate whether or not her daughter Willow was being starved.

Jada Pinkett Smith said she was "furious" after Child Protective Services (CPS) showed up to the family home to investigate whether or not her daughter Willow was being starved.

Will Smith's wife recalled the terrifying encounter on her Facebook series, "The Red Table Talk," this week. According to the famous mom, Willow, 13, was photographed clothed while lying in bed next to shirtless family friend, Moises Arias, who was 20 at the time.

While the talk show host claimed the photo was innocent, CPS intervened after the agency received a complaint accusing the Smiths of starving their teenager.

"That was the first time I got furious," Jada admitted, according to the Daily Mail.

WILL SMITH ENCOUNTERS TURKEY ON THE ROAD ON THANKSGIVING: 'HE MUST'VE ESCAPED'

Willow, now 19, voiced her own frustration over the experience on air.

"I was looking at the lady and the whole time I was thinking, 'You could be helping so many kids right now, and you're wasting your time with a child who has everything they need,'" the famous daughter said.

Willow added that she was even eating a bowl of cereal during the CPS interview-- and messed with the social worker by informing the agency it was her first meal of the day.

"I walked in with a bowl of cereal specifically because I knew that they said you were starving me," Willow told her mom. "I was like, 'You know what? I'm going to walk in with food and eat the entire time! I'm going to eat throughout the entire interview!"

According to Jada, her daughter and son, Jaden, exhibited passive behavior throughout the investigation.

"It was like their personal protest," the talk show host explained. "The way they were conducting these interviews was literally like, 'What are you doing here?'"

Jada added that she and Will felt helpless.

"There was nothing Will and I could do. We were just like, 'Please chill out, and they were like, 'No. This is stupid and it's ridiculous.'"

In hindsight, Jada said the Smiths bonded over the infuriating encounter.

"We really locked up together as a family," she explained. "Oh, we're getting attacked, so the kids got to see for the first time why Will and I had been so protective."

Earlier this month, Jada opened up on the talk show about losing herself during her marriage to Will.

"We do relinquish a lot of our power to our men that we've given our lives to," Jada said. "And at first, I gave it all over. And then I realized, 'Oh this is not working.' And you get just a little disappointed because you feel like, 'I gave it all to you and you took it and you misused it-- you stopped listening to me.'"

In September, Jada revealed that she and Will were previously worried about their son's diet. The couple held an intervention after they worried he "wasn't getting enough protein" by eating strictly vegan.

Jaden informed his parents that he is actually vegetarian and has "tried to be vegan." The parents acknowledged that he appears healthier now.